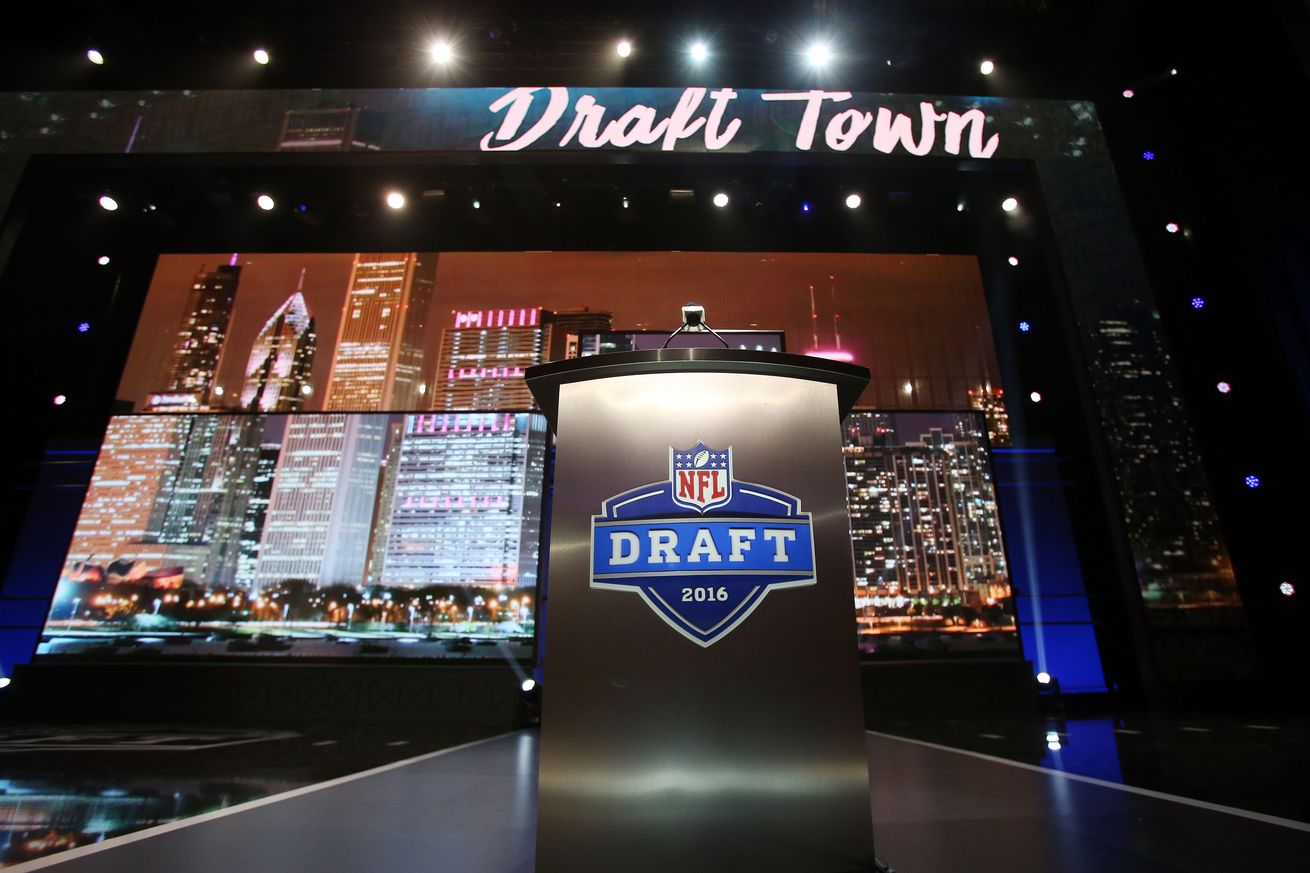 The 2016 NFL draft concluded on April 30th with Rounds 4-7. Let’s take a look at all of the NFC North late round picks.

The Bears had three 4th round picks after several trades in Round 2 and a trade with the Patriots for Martellus Bennett. The Bears traded up in Round 4 for their first pick and gave up a 6th rounder in the process.

The Bears traded up four spots in Round 4 to take Kwiatkoski and gave up a 6th round pick. Kwiatkoski provides good ILB depth behind Jerrell Freeman and Danny Trevathan. He is 6’2 and 243 pounds and a team leader for the Mountaineers.

The Bears added a safety in Round 4 out of Miami. Bush ran a 4.64 40 and had 17 bench reps. Bush is a downhill in the box safety and a good tackler. He lacks athleticism and has some coverage issues with slow instincts. The Bears cut veteran Antrelle Rolle after the draft giving Bush a chance to play early.

Hall is 6’2 and 199 pounds tweener from Northern Iowa. He ran a 4.68 40 with a 37 inch vertical and 7.07 three cone drill. Hall is good in run support and is very physical. He is slow to react and lacks recovery speed. He may move to free safety in the NFL but has the size to play outside CB if he fixes his instincts.

Howard is 6’0 and 230 pound power back out of Indiana. Howard transferred from UAB when they shut their football program and played well. He is a natural power runner with good vision. He is tough to bring down and can find the holes well. Howard must work on his elusiveness and lowering his pads. He should earn playing time for the RB needy Bears.

Carson is a small school free safety with good size at 6’1 and 200 pounds. He is a good tackler and was productive in coverage. Carson-Houston has special teams ability and will battle for a spot in a young safety depth chart in Chicago.

Braverman is a slot WR out of Western Michigan. He is a long shot to make the roster but was productive for the Broncos.

Killebrew is an in the box safety. He is a hard hitting tackler but lacks instincts in coverage. Killebrew will battle for the strong safety job against Rafael Bush and Tavon Wilson. He is a special teams demon and should earn playing time there as well.

Dahl played left tackle at Washington State but may kick inside to guard in the pros. He was in a heavy pass offense under Mike Leach and was strong in pass protection. Dahl is 6’4 and 304 pounds with shorter arms. He will provide good guard/tackle depth for Detroit.

Williams is a versatile LB from Georgia Southern. He is a good tackler and good against the run. He has speed but must work on his coverage instincts. Williams will replace Travis Lewis who was lost in free agency to the Vikings.

Rudock is a transfer from Iowa to Michigan. He started very slow under coach Jim Harbaugh but excelled down the stretch for 14 TDs and 2 interceptions in a pro-style offense. He is smart with good arm strength and has pro style experience. Rudock will battle Dan Orlovsky for the top backup spot in Detroit.

Zettel was a highly productive DT for Penn State. He has a high motor and made many splash plays in the backfield. He can play DE as well and may have to play DE in the NFL due to his size. Zettel is a tweener but a team leader for the Nittany Lions.

The Lions made a surprise pick adding a long snapper in Round 6. Landes is a good long snapper and Don Mulbach is on high alert after 12 season with Detroit.

Washington is a big back that had injury and fumbling issues for the Huskies. He has good size, vision and was a good receiver. If he can stay healthy and fix his fumbles, he could compete for the power back spot with Stevan Ridley, Zach Zenner and George Winn.

Martinez is a two year starter downhill LB for the Cardinal. He was solid in coverage and a leader for Stanford on defense. He is a slow twitch player and gets caught on blocks but should fight for an ILB job in a weak depth chart for Green Bay with Sam Barrington and Jake Ryan.

Lowry has good size and can two gap well. He is a prototypical 3-4 DE and was productive for the Wildcats. Lowry is strong (30 reps) but has short arms. He is a good tackler but must make more game changing plays.

Davis has good size and decent speed out of Cal. He is 6’1 and ran a 4.42 40 time. He has return skills but must work on his route running. His hands are adequate only.

Murphy is 6’6 and 305 pounds right tackle prospect. He is a good tough run blocker and adequate pass blocker. Murphy will battle Don Barclay for the final tackle spot for the Packers.

The Vikings added depth at tackle in Round 4. Beavers is 6’4 and 324 pounds. He has a good mean streak and a lot of experience at left tackle. Beavers has a strong base and should battle at either left or right tackle for a spot.

Brother is a versatile LB from Missouri. He is 6’0 and 245 pounds. He may be undersized for ILB but diagnoses plays quickly. He is good against the run and makes plays in the backfield. He ran a slow 4.89 40 and had 19 bench reps. Brothers should play special teams and fight for a backup LB spot as a rookie.

The Vikings added the first European player in the draft. Boehringer is a tall speedy WR. He is very raw playing in Europe but has the skill set to help the Vikings WR corp.

The Vikings traded up in Round 6 to add blocking TE David Morgan. The Vikings gave up a 7th round pick in the deal.

The Vikings traded back in Round 6 and added an extra 7th rounder. They used that pick to add OLB Stephen Weatherly.

Kearse is 6’4 and 216 pound in the box safety from Clemson. He is a physical player and ran a 4.62 at the combine with 16 bench reps. Kearse lacks range but is a good tackler and should bring youth and special teams ability to the Vikings safety group.

The four North teams filled some depth and special team needs on day 3 and have a few potential starters down the line. It was a good draft for all four NFC North teams and all four should be better in 2016 after these 3 days of draft pick action.