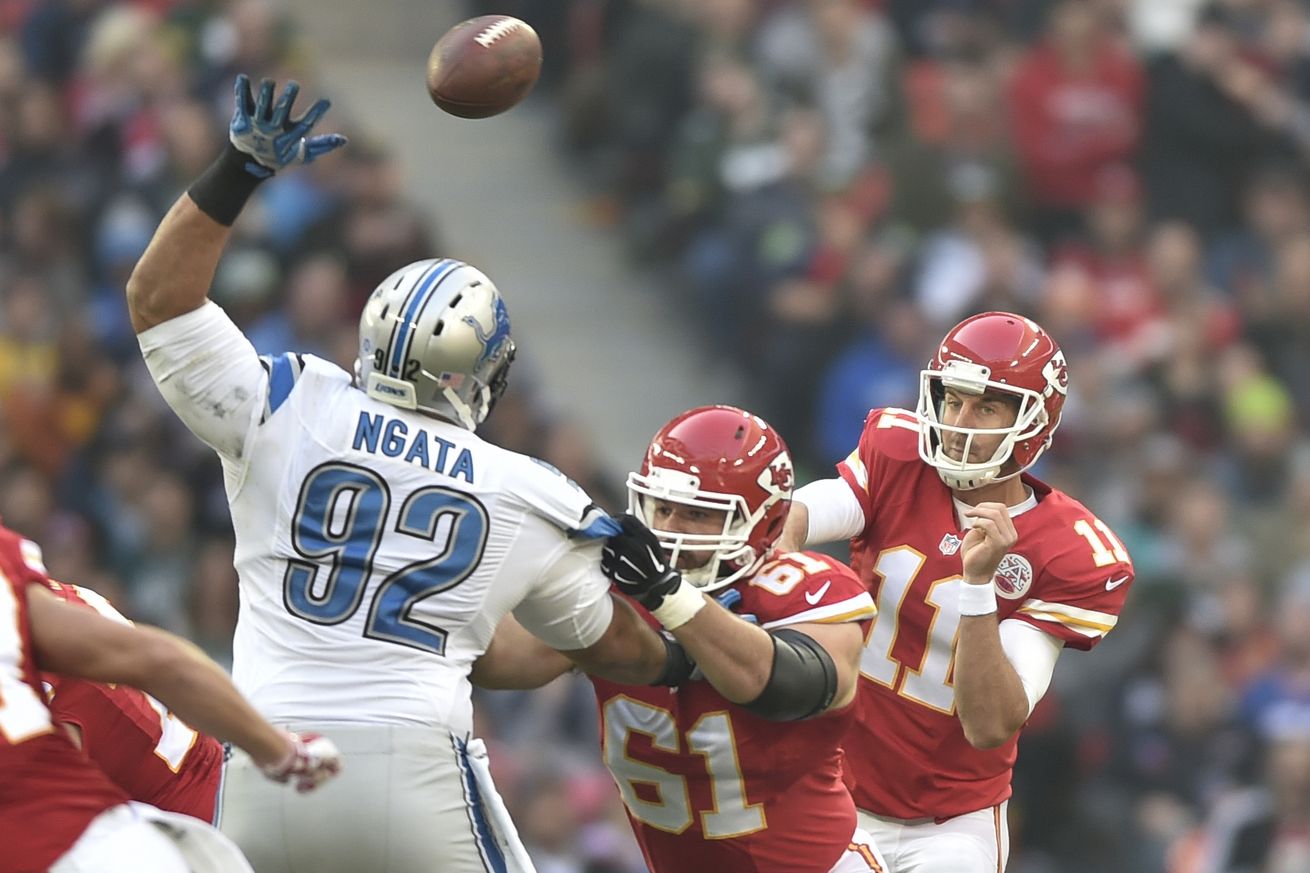 Our next stop in the free agent series is Defensive Tackles.

The Lions need two defensive tackles as both starting DTs Haloti Ngata and Tyrunn Walker are free agents. Carruan Reid was an average replacement for Walker after Walker was hurt 4 games into the 2015 season. Gabe Wright was a rookie 4th round pick but didn’t show much promise in his rookie season and was inactive most of the second half of the season. Wright needs to step up as depth. The Lions and Ngata both have interest in a new deal but it must be at the right price for the 32 year old.

The Bears are set at nose tackle with Eddie Goldman but could use some depth. The Bears need two DEs.

The Packers re-signed Letroy Guion at nose tackle but starter BJ Raji is a free agent. The Packers may need a nose tackle if Raji walks in free agency. Guion can be serviceable but he isn’t a starting nose tackle despite earning almost 4 million per season on his new three year deal.

The Vikings are set at defensive tackle with Shariff Floyd, Linval Joseph and Tom Johnson under contract. It’s a strong three man combination.

There are many former Lions defensive tackles available in free agency. Haloti Ngata, despite being 32 years old, is the top choice to return to Detroit. Ngata had a slow start due to injuries in training camp and the first half of the 2015 season but had a very strong second half of the season. Ngata had a +6.4 grade overall and was a +6.2 in pass rush with low penalties. Ngata had 2.5 sacks, 4 hits and 25 hurries in 13.5 games for Detroit. Ngata was good in the run game but struggled early in the season with his injuries. A smart two or three year deal for Ngata could help plenty of teams. Ngata can play 3-4 nose tackle or 3-4 DE too.

Nick Fairley is big on the free agent market after Detroit let him walk to the Rams last season on a one year deal. Fairley only played 427 snaps but was highly productive in those snaps with a +20.7 grade. Fairley had 1 sack, 5 hits and 13 hurries along with a +9.5 run defense grade. Fairley is a good DT in this league and was 11th ranked despite his low snap count. Fairley has his weight under control and should earn a starting job for a team.

Malik Jackson and Muhammed Wilkerson were mentioned in the DE article. Either could play DT in a 4-3 defense. Wilkerson will probably be tagged by the Jets and Jackson is trying to re-sign with the Broncos. If either hit free agency, a 4-3 team can upgrade with either player.

Brandon Mebane is a 31 year old run stuffer. Mebane is a long time Seattle Seahawk and has anchored their strong run defense for years as a first round pick. Mebane was injured in 2014 but is still a productive player. If you want a run stuffing nose tackle in a 4-3, Mebane would be a good addition.

Steve McClendon has been the Steelers starting nose tackle the last few seasons. McClendon was strong in run defense (+5.5) but struggles rushing the passer. A 3-4 team could add McClendon if he doesn’t re-sign with the Steelers. The Packers had some interest in McClendon a few years ago. If Raji walks, McClendon could be a surprise Thompson signing.

Tyrunn Walker was an underrated DT who had a nice 2014 season with the Saints. Walker was solid in 3.5 games for Detroit before a broken leg ended his season in Week 4. If Walker is recovered, he could sign another cheap one year deal to be a starting 3-tech.

BJ Raji is a free agent after 7 seasons with the Packers. Raji has been on two one year deals the last two seasons and was productive in 2015. Raji had a -4.6 grade due to poor run defense but offered some pass rush. Raji had 1 sack, 0 hits and 14 hurries. Raji could probably be obtained on another one or two year deal with low cost given his production and 2014 injury. Raji is 29 years old and was the Packers 1st round pick in 2006.

Terrence Knighton had success at nose tackle with the Redskins in 2015 on a one year deal. Knighton previously played well for the Broncos in 2014. Knighton earned a +4.7 run defense grade but doesn’t offer much in terms of pass rush. Knighton is 29 years old and is another large defensive tackle. A reasonable one or two year deal is possible for Knighton.

Ian Williams was an underrated nose tackle with the 49ers. Williams earned a top 10 DT grade due to a +23.1 run defense grade. The former Bears could be a nice low-end starting nose tackle in the league still. Williams is only 26.

Another former Lions DT is on the market in Sammie Lee Hill. Hill was solid during his first four years in Detroit (2009-2012). He’s a big bodied run stuffer but didn’t play much as the Titans switched to a 3-4 in 2015. Hill shouldn’t be costly at age 29 but could provide a boost at depth for a team.

Henry Melton is a former Bears DT that hasn’t had much success in Dallas and Tampa Bay. Melton is 29 and offers a decent pass rush despite poor run defense. Some team will give Melton one last shot with Lovie out in Tampa. Melton was terrible in 2015 with a -15.3 grade.

Ahyta Rubin had a poor year with the Seahawks after years of playing with the Browns. Rubin is 330 lbs but earned a -6.6 grade. Rubin would be an adequate backup but nothing more.

Al Woods was a solid run defender and was a backup nose tackle for the Titans. Woods is 28 and should earn a cheap contract.

Nick Hayden was decent in 2013 and 2014 with the Cowboys but had a poor year in 2015. Hayden is 30 but worthy of a roster spot after many starting snaps with the Cowboys.

Pat Sims and Mike Martin are decent backups from the Bengals and Titans. Martin is only 25.

Kevin Williams may try to play one more year. The long time Vikings stud DT is chasing a ring at 35 if he continues to play. Tony McDaniel struggled with the Bucs after some solid seasons with Seattle in the past. McDaniel is 31.

The DT free agent class is pretty strong. There is good mix of 4-3 defensive tackles, 3-4 nose tackles and some stud 3-4 DEs that could play DT. There are plenty of run stuffers available but the group is light on pass rushers other than Wilkerson, Jackson and Ngata. The backups available are mostly 30 year old veterans that offer decent run stuffing depth.

The Lions will sign at least one or maybe two veteran defensive tackles. Haloti Ngata re-signed would be a good move for Detroit to continue their second half surge on defense (19.3 PPG allowed). The Bears and Packers could add nose tackle depth. The Vikings probably won’t add a tackle.