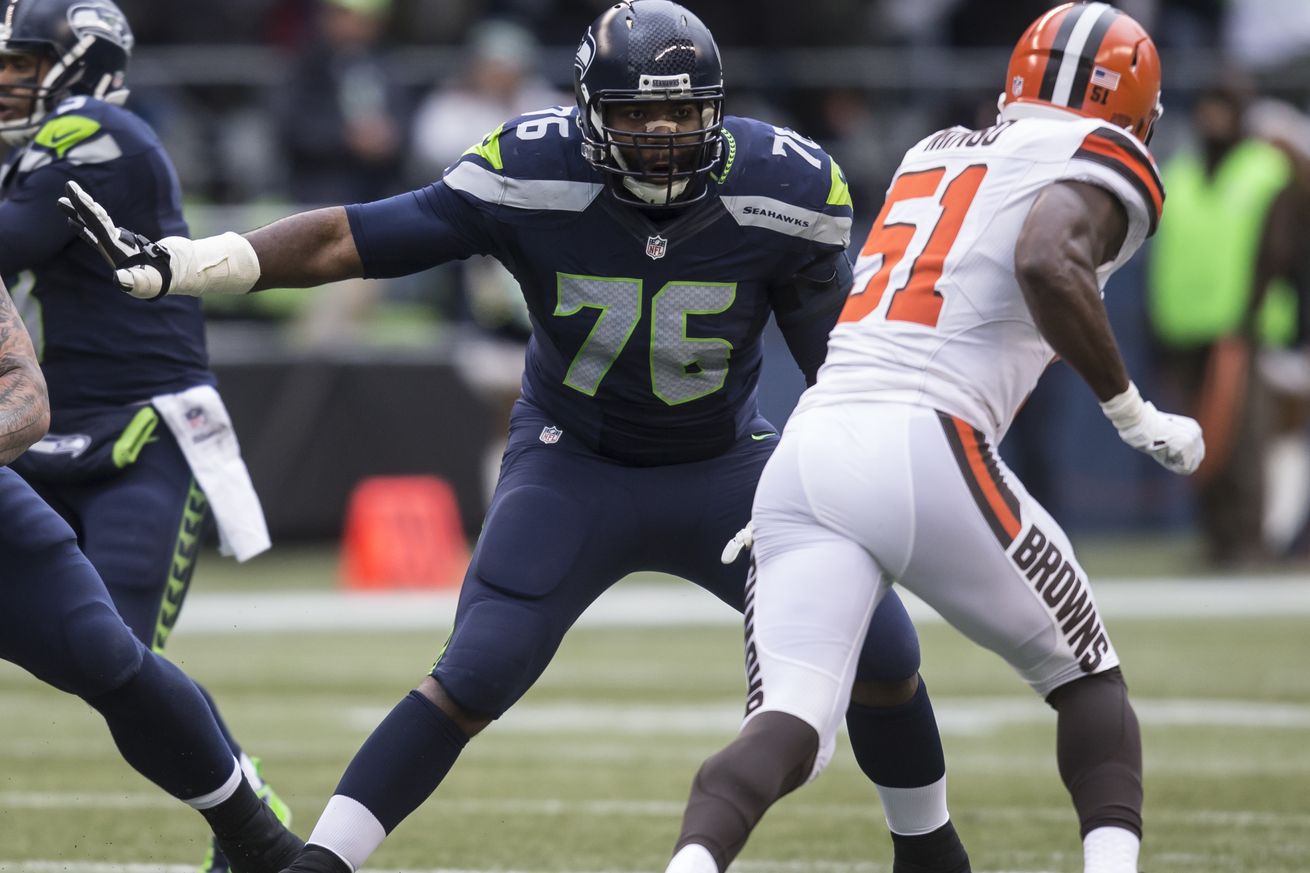 We wrap up the offensive free agents for the 2016 free agent series by looking at offensive tackles.

The Packers are set at starting offensive tackle with David Bakhtiari (Left) and Bryan Bulaga (Right). Bakhtiari is a free agent next offseason and could be replaced however with another draft pick. The Packers could use an upgrade at swing tackle as Don Barclay failed in 2015 for Green Bay. JC Tretter held his own left tackle when filling in for Bakhtiari but he could be needed at backup guard or center.

The Vikings have starters in Matt Kalil, Phil Loadholdt (returning from ACL injury) and backup TJ Clemmings (who struggled as a rookie). Kalil (-9.2 grade) has been playing poorly except for his rookie season and Loadholdt might take some time to recover from his injury. The Vikings may add a fourth tackle for competition for Kalil, Loadholdt and Clemmings or may just add a new good tackle to supplant Loadholdt or Kalil.

The Bears have a need at tackle due to the struggles of left tackles Jermon Bushrod and Charles Leno Jr. Bushord was cut this week for 2 million in cap space for the Bears. The Bears moved Kyle Long from right guard to right tackle and could use Long back at right guard. The Bears may need two starting tackles if they want to move Long back to his normal position. Long did well in run blocking but struggled in pass protection. Bushrod has regressed since receiving a large free agent contract with the Bears. Leno Jr proved he was a backup at best.

The Lions have a need at tackle giving the massive struggles at right tackle despite the average play of Michael Ola in the second half of the season. Riley Reiff struggled in pass protection again in 2015 despite being an excellent run blocker at left tackle. Reiff is on his 5th year option and the Lions need to start thinking about the future at tackle. Reiff may be best suited to slide over to right tackle due to his run blocking (+8.3) if the Lions add a stud left tackle in free agency or the draft. Michael Ola is a solid right tackle backup under contract for 2016. Cornelius Lucas has looked outmatched at right tackle when given starting opportunities the last two seasons. Lamar Holmes was added in February but has a long injury history and isn’t very good. Corey Robinson was a 7th round pick from the 2015 draft that never played. The Lions have some young backups but really need one starting left tackle and improved pass protection from Reiff.

Cordy Glenn is a starting left tackle that was ranked as a top 10 tackle in 2015. Buffalo may franchise him and not let him hit the market. They have until March 1st to decide this move. Glenn earned a +14.4 grade and was strong in both pass protection and run blocking. Glenn has a lot of experience as a starter for the Bills and would upgrade every NFC North team at left tackle.

Russell Okung is battling a dislocated shoulder injury but has been a solid starter for Seattle. Okung earned +2.5 grade from PFF in 869 snaps for Seattle. Okung allowed 4 sacks, 4 QB hits and 21 hurries for a +.4 pass blocking grade. Okung has many strong years in the past and would be an upgrade for every North team at left tackle. Okung is representing himself in free agency which may impact his signing.

Donald Penn is 33 but was a top 10 tackle in 2015 for the Oakland Raiders. Penn noted a +12.5 grade with strong pass and run blocking with many snaps played. Penn allowed 7 sacks, 5 hits and 21 hurries and tallied a +3.1 run blocking grade. Penn would be a nice stop gap for two years for a team needing a left tackle.

William Beatty was cut by the Giants after an injury cost him his 2015 season. Beatty is 30 but has plenty of starting experience with the Giants. If Beatty can recover from his torn rotator cuff, he may be worth a short term cheaper deal.

Kelvin Beachum (+.7) is a former starter for the Steelers who lost his job during the 2015 season due to an ACL injury in October. Beachum has some solid years for the Steelers when he beat out Mike Adams for the left tackle job. Beachum could be obtained on a cheaper deal than the other starting tackles due to his knee injury. Beachum is only 26 years old.

Mitchell Schwartz has been impressive despite playing for the Browns. Schwartz was the top right tackle in the league with a +18.7 grade. Schwartz allowed 3 sacks, 8 hits and 32 hurries and was excellent in run blocking. Schwartz is young and started four years in the league for the Browns since being selected as a second round pick in 2012. The Lions, Bears or Vikings could all benefit from Schwartz.

Andre Smith had a down year in 2015 after several good years for the Bengals. Smith is a former high first round pick and is a mauling run blocker. Smith earned a -26.5 grade but has positive grades in 2013 and 2014. Smith is 29 and has some weight issues in his past. Smith could benefit from a change in scenery but he must keep his weight down and improve his pass protection.

Bobbie Massie has been a starter for the Cardinals at right tackle but has struggled every year for Arizona. He is a strong backup option for his experience though. Massie is only 26 with room to grow.

Ryan Harris, 30, just won a Super Bowl at left tackle filling in for Ryan Clady and Ty Sambrailo for the Broncos. Harris had some solid years with the Chiefs previously. Harris struggled in 2015 with a -24.4 grade. Harris allowed 3 sacks, 9 hits and 29 hurries protecting Manning and Osweiler’s blind side.

Donald Stephenson was the starting left tackle for the Chiefs for 10 games this season. He was replaced due to poor play but he has experience. Stephenson is 27 and worth a shot as backup swing tackle.

Mike Remmers was the starting right tackle for the Panthers. Remmers is good as a run blocker but struggled in pass protection in 2015. Everyone saw Von Miller destroy Remmers in the Super Bowl. Remmers should get a 2nd round tender at least from the Panthers and probably won’t be stolen away at that price.

Ryan Schraeder came out of nowhere and was a top 5 right tackle in the league with the Falcons. Schraeder had a +18.5 grade and allowed 2 sacks, 2 hits and 20 hurries. Schraeder should get a 2nd round tender tag at least but given only one year of production for him; he should return to the Falcons for 2016.

This is a deeper starting tackle class than previous years for offensive tackles. However there are some injured players in that group including Okung, Beachum and Beatty. The franchise tag could be used by March 1st on some of the players too including Cordy Glenn from Buffalo. The backup tackles have starting experience but have some faults. One or two North teams will dabble in the tackle market this offseason and could get a good player.