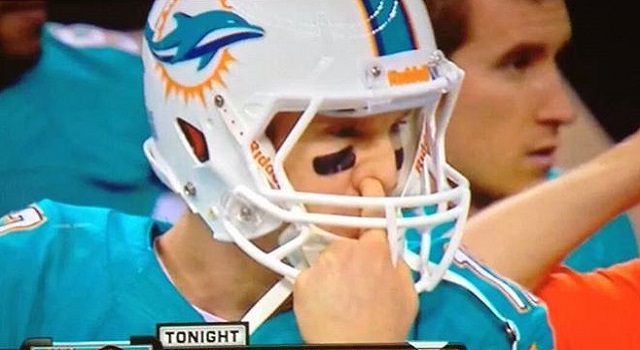 I really don’t want to write this installment of CYST, mainly because I’m lazy, but also because I hate you all.  The only thing that is giving me the desire is that I can use this article to LOL the Falcons.  I mean, blowing leads has become the norm for them, so that’s not really a big deal anymore.  However, losing because they failed at NOT scoring a TD.  I mean, that’s next level laughable.  Anyway, listen to this song about Gundy while I tally some numbers…

Big week for Gabes.  The guy who hates everything except bacon wrapped bacon and stretch jeans predicted the outcome of the Panthers @ Saints game.  This really tells us that he’s a closet Saints fan and I hate that.  Lotta people picked up a point or two here and there in the Team Points section, but nowhere else (except for Gabes).  Curtis picked up three points to gain a two point hold on first place, with Potatoes sniffing his butt and there is now a log jam for third place between Gabes, Nate and myself.  JFC, what a group to be a part of.  LoW picked up 2 points to move into seventh and BP is now in a tie with DanOnWis for eighth palace.

(Curtis picked up more points here than he has kids.)

The above only represents games that involved the NFCN or NFCS.  If you wish, the leader board for those who weren’t too “busy” to pick all the games is here.  This only contains those of you who actually scored a point in CYST.  Want to see your name here?  Do better and stop sucking. This means you, Jammin.

NFCS game tonight.  Falcons @ Panthers.  Will Teddy 2 Gloves go all Joe Montana on the Falcons, or will the Falcons find an new, exciting and totally unbelievable way to lose?  Your guess is a good as mine, so we’ll have to watch to find out.  First, remember to head on over to the CYST site (that someone made all by himself, with nobody’s help what-so-ever) and make your picks. Really, I’m not kidding, go do it now.  How do you get to the site so that you can pick games?  Well, that’s a good question.  If only there was a uniform resource locator in the form of a hyperlink.