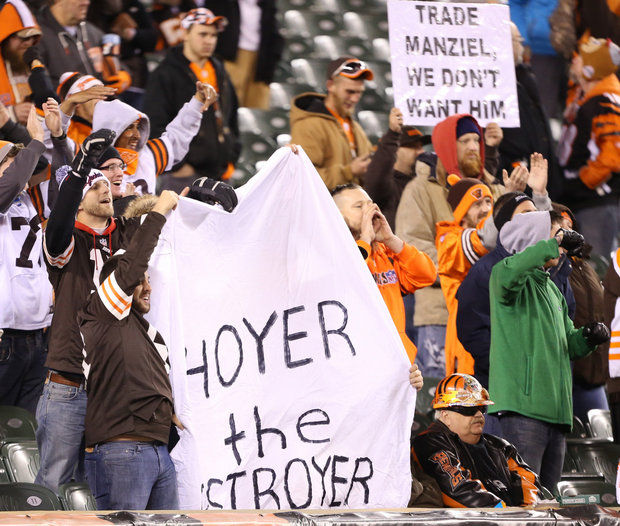 It took exactly one weekend for all of my dreams to come crashing down.

On Saturday, Everett Golson’s four first half turnovers, all but put the game out of reach for the Notre Dame Fighting Irish. True to their name, The Irish came storming back in the second half, but ran out of gas after pulling to within three points. With the loss, ND is all but eliminated from any shot at the college playoffs.

Sunday began with my driver Jeff Gordon clinging to a chance to make the final NASCAR race, and a chance at his fifth NASCAR title. Gordon ran well, finishing second in the race, but was eliminated for the chase when Ryan Newman made a pass on the last corner of the last lap, to steal a spot in the final race, by one point over Gordon.

Sunday evening may have been the worst. Coming off a bye week, and facing their oldest rival, my beloved Chicago Bears were thoroughly embarrassed by the Green Bay Packers. The loss drops the Bears to 3-6 on the season, and you guessed it, all but eliminates the Bears from any shot at a playoff berth.

You’ll be happy to know, I’ve been taken off suicide watch, and place on a Jack Daniels IV drip.

Arizona Cardinal quarterback Carson Palmer, suffered a season ending torn ACL. The Cardinals will have to rely on backup quarterback Drew Stanton, and the league’s leading record, to lead them to the Promised Land.

The NFL Players Association has filed a grievance to have Vikings running back, Adrian Peterson, immediately reinstated to the team. Peterson is currently on the NFL special commissioner’s exempt list, which means he is still being paid, but does not count towards the teams 53 man roster, and he is barred from participating in team activities.

The Cleveland Browns took sole possession of first place in the AFC North in fine fashion, by trouncing their division rival Cincinnati Bengals in Cincinnati.

The Chicago Bears are a hot mess. They managed to give up 50 points in two consecutive weeks, joining the 1923 Rochester Jeffersons as the only other team to suck that bad.

Horse – Packers over the Saints? Pffffft. This is lame as shit.
JJ– It’s a little less lame every time the Saints take the field.

AndrewLet – Records aside, since had their lead vs. the Packers, they have been outscored like 200 pts to 100 pts. They really should be 32nd.
JJ – You should be a motivational speaker.

G & G – The Dolphins will kick the Lions butt this weekend.
BOOK IT!!!!
JJ – Next time, use five exclamation points!!!!!