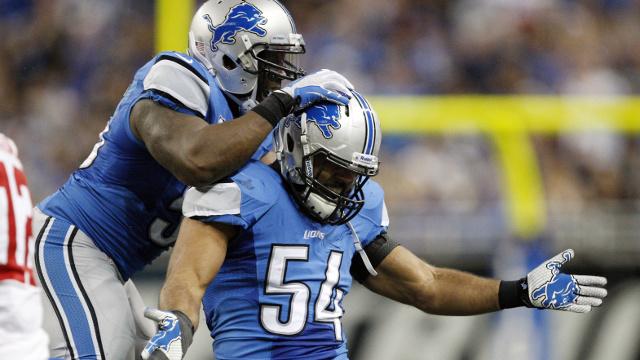 Calvin Johnson remains out for Detroit. It remains very likely that Johnson won’t play again until after the Detroit Lions bye week. Joseph Fauria also likely won’t play despite being back to running, but will hopefully be good to go against the Atlanta Falcons the following week. Coming back for Detroit is Reggie Bush, as he’s been practicing all week. A new injury for Detroit is rookie tight end Eric Ebron, who sat out practice on Thursday with a hamstring injury. Ebron leads all Lions tight ends in receptions and yards with ten catches for 103 yards. Brandon Pettigrew remains the lone healthy tight end for Detroit.

For New Orleans, Jimmy Graham will not play due to a shoulder sprain. In his stead, the Saints will rely on Benjamin Watson and recently acquired Tom Crabtree. This is a big blow for the Saints offense as Graham is Drew Brees favorite target. Mark Ingram was a full participant in practice and will play for the Saints. Ingram is averaging six yards per carry and has three touchdowns this season.

The big matchup this week will be the Lions defense versus the Saints offense. The Detroit Lions enter the game with the number one defense in the league in points per game at 13.7, yards per game at 270.7, and sacks at 20. While this is no doubt impressive (and very unexpected), it could also be a mirage. The Lions have faced lousy offenses the past three games, going against the Jets, Bills, and Vikings. New Orleans offense is currently ranked 13th in the NFL for points per game, putting up 26.4 points per game. This is a much better offense than anything that the Bills, Jets, and Vikings can be put out there. In fact, the Bills rank 26th, the Vikings rank 28th, and the Jets rank 30th in the league in points per game. This will be a major test indeed for the Detroit Lions defense.

Bush will be coming back from an ankle injury and is a necessary compliment to Joique Bell. Bush’s big play ability is what the Lions need right now, as their offense is struggling mightily. With Calvin Johnson being out, Bush is going to need to step up his play and help out Golden Tate and company.

For the Saints, with Jimmy Graham being out, Brandin Cooks will be relied on to pick up the offensive load. The impressive rookie has 32 catches for 255 yards. Cooks is a very fast wide receiver with a 4.33 forty time. The best CB for Detroit to use on Cooks is Darius Slay, who ran a 4.36 forty time and has decent size. Also expect the Lions to focus most of their defensive effort on shutting Cooks down. If Cooks has a big game, New Orleans stands a great chance at winning the game.

The New Orleans Saints are 5-0 since 2009 coming off a bye week, and I expect this trend to continue. The Detroit Lions defense has a respectable game, but the Lions offense continues to struggle.