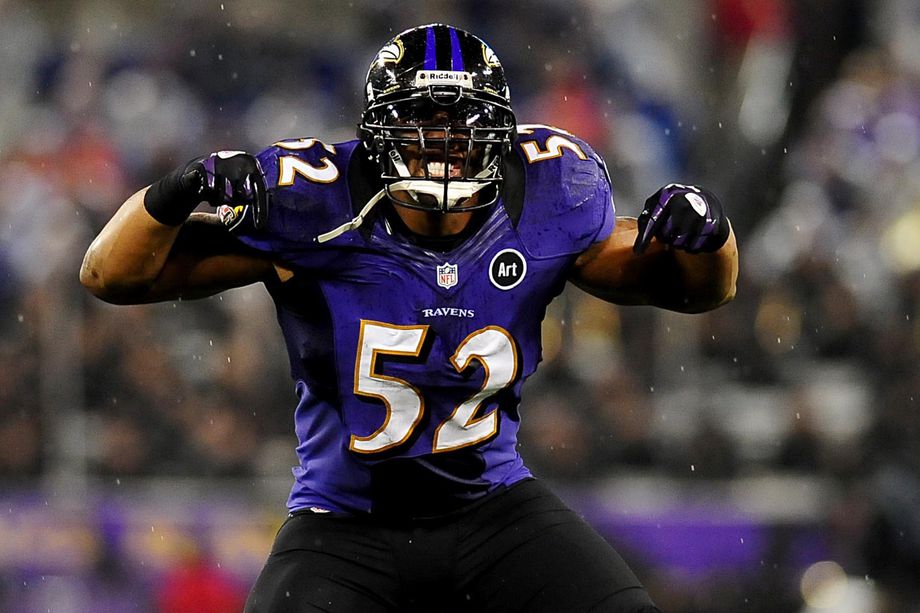 We finish off the AFC North for Know Your Enemy with the Baltimore Ravens.

Baltimore scored 21.4 PPG in 2016, which was 21st in the league but Ravens were 28th in rushing yards with 4.0 YPC on the year. The team gave away the ball 23 times.
Joe Flacco struggled with an 83.5 QB rating with 20 TDs and 15 interceptions on the year. They hope OC Marty Morningwheg can turn them around. Morningwheg is the former Lions coach who decided to take a side of the field after winning the coin toss in sudden death OT.

On defense, Baltimore was 9th in the league allowing only 20.1 PPG. Baltimore only allowed 3.7 YPC and was 5th in rushing yards allowed. Baltimore was good against the pass too allowing 86.9 QB rating (9th in league). The Ravens were strong in forcing turnovers by forcing 28 in 2016. They have a good defense led by DC Dean Pees.

Run Defense
The Ravens are strong in run defense led by nose tackle Brandon Williams and ILB CJ Mosley. The Ravens don’t allow much up front but should have some new young players in 2017. Timmy Jernigan was traded at DE and Zach Orr (ILB) was cut due to a neck injury and impending retirement. The Ravens will rely on young DES in Bronson Kaufusi (Round 3 2016 draft) and Carl Davis (Round 3 2015 draft). Brent Urban (2014 Round 4), Willie Henry (2016 Round 4) and rookie Chris Wormley (Round 3) should also get playing time at DE. The Ravens have a lot of mid-round picks to battle for their DE spots.

Kamalei Correa (2nd round pick 2016) will be the new man at ILB for the Ravens opposite CJ Mosley. Also, Albert McClellan has starting experience for Baltimore at ILB and OLB. The Ravens are younger but still should be stout against the run.

Pass Coverage
The Ravens were 9th in QB rating allowed and still made big upgrades in their secondary for 2017. Brandon Carr is a solid starter coming from the Cowboys to start opposite Jimmy Smith. Both earned average grades in 2016 but can be solid to good corners.

GM Ozzie Newsome took Marlon Humphrey (CB) in Round 1 of the 2017 draft to boost their future with Smith aging. Humphrey will battle Brandon Boykin for the slot job since Tavon Young tore his ACL in OTAs. Maurica Canaday should battle for the 4th CB job as well.

Tony Jefferson was a big free agent signing at strong safety. Eric Weddle is an elite safety at free safety for Baltimore. Ladarius Webb still has some play left in the tank switching to safety as well. The Ravens are very strong at safety now.

Pass Rush
The Ravens only had 31 sacks in 2017 but got decent consistent pressure to help their pass coverage. Terrell Suggs (8 sacks) is up there in age but still a beast pass rusher. Elvis Dumervil was cut after only 3 sacks in 2016.

QB and Protection
Joe Flacco struggled the past few years and may have some protection issues. Rick Wagner had a great year in protection in 2016 but bolted in free agency to the Lions on a big contract. Ronnie Stanley was a top 10 pick and was a good left tackle as a rookie in 2016. Stanley should grow more in year 2. James Hurst will be the Ravens new right tackle but could be challenged by 5th round pick Jermaine Eluemunor.
Marshal Yanda is an elite right guard which should help their weak tackles. John Urschel is a solid center from Penn State. Left guard is a weakness still with Alex Lewis (Round 4 2016) battling 4th round pick from 2017 Nico Siragusa for the job. The Ravens could have some protection issues but have really good players in Stanley and Yanda.

Joe Flacco struggled with an 83.5 QB rating with 20 TDs and 15 interceptions on the year with only 6.4 YPA. Flacco had an 83 rating in 2015 as well as the Ravens struggled on offense. Joe will get some new weapons in Jeremy Maclin and Benjamin Watson (injury return) for 2017.

Weapons
The Ravens got a good year from Mike Wallace in 2016 with 1,017 yards and 4 TDs. Steve Smith retired with 799 yards and 5 TDs in 2016 in his final year. Dennis Pitta added 729 yards and 2 TDs but injured his hip again and his career is probably over. Baltimore must replace their production.

Breshard Perriman is a first round pick and has deep speed. However, Perriman only caught 50% of his targets in his second year with 499 yards and 3 TDs on 66 targets. Perriman missed his entire first year with an injury. The Ravens expect him to step up in year 3. Chris Matthews, Chris Moore and Michael Campanaro will battle for the 4th and 5th WR spots.

The Ravens has some experienced talent but a lot of question marks. They need a WR to step up and be the number 1 WR.

Run Game
The Ravens had trouble running the ball in 2016 but had 4.0 YPC. Terrence West had 774 yard on 4.0 YPC with 5 TDS. Kenneth Dixon added 4.3 YPC on 88 carries for 382 yards. Dixon will be suspended the first four games of the season but should still face all the NFC North teams. The Ravens added Danny Woodhead at RB but he is more of a receiving threat than a runner and Woodhead is oft-injured. Lorenzo Talifero has some experience for Baltimore too. The Ravens should have trouble running the ball in 2017 but West and Dixon could be solid with proper blocking.

Summary and Schedule
The Ravens are tough at home and host the Bears in Week 6 and the Lions in Week 13. Baltimore travels to Minnesota in Week 7 and to Green Bay in Week 11. Baltimore was a solid team but has weakness on offense still. Their defense will keep them in games and they can force plenty of turnovers.

We’ll see if the young players on defense should reload for the Ravens in 2017. Like the Bengals, the Ravens could beat any North team if you overlook them because of their offense.