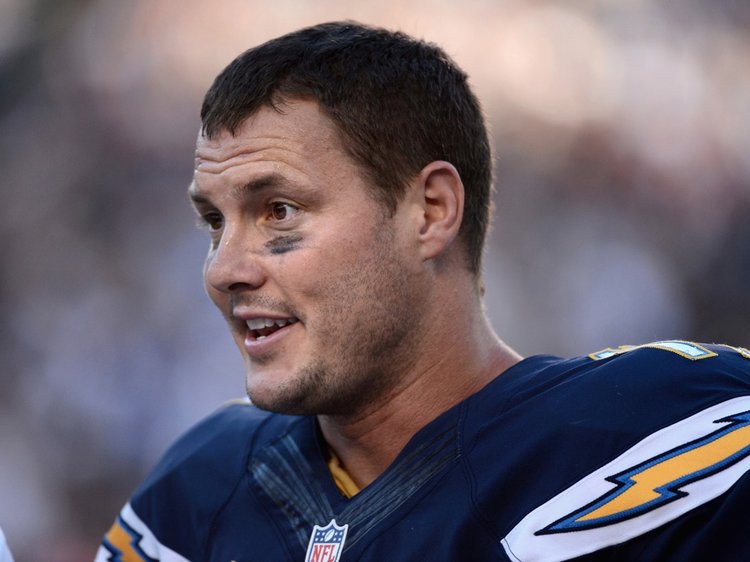 Know Your Enemy rolls along with a look at the Los Angeles Chargers. The Chargers enjoyed year 2 in Los Angeles with a 12-4 record led by QB Phillip Rivers (105.5 QB rating). Head Coach Anthony Lynn does a good job for LA with Ken Whisenhunt and Gus Bradley as former head coaches doing what they do best at coordinator. LA was 5-3 at home, 7-1 away and beat the Ravens in the wild card round before a drubbing by the Patriots at Foxborough.

Rivers still plays at a very high level. He had a 105.5 rating with 32 TDS and 11 interceptions while notching 4,300 yards. Tyrod Taylor is a great backup with starting experience. Cardale Jones and rookie Easton Stick have a ton of talent. Rivers should have the Chargers offense clicking once again in 2019.

Melvin Gordon is a beast with 885 yards at 5.1 YPC and 10 TDS in 12 games. Gordon is under a contract dispute which could be a big factor in the Chargers run game success. Austin Ekeler was a great backup with 5.2 YPC  and 3 TDs on 106 attempts. Justin Jackson is a solid 3rd back in his second year in the league. The offensive line has talent with Russel Okung, Dan Feeney, Mick Pouncy, Michale Schofield/Forrest Lamp and Sam Levi/rookie 3rd round pick Trey Pipkins. The holes will be there for the Chargers backs.

Keenan Allen (1,196 yards and 6 TDs), Mike Williams (664 yards and 10 TDs), Travis Benjamin is a great 1-2-3 punch at WR. Hunter Henry is a talented tight end and Virgil Green is a solid backup tight end. Gordon and Ekeler are solid receiving backs as well. The unti lost Tyrell Williams to Oakland but is still a very good group. Henry missed the 2018 season with injury which only adds to the Chargers attack.

Melvin Ingram (7 sacks with consistent pass rush) and Joey Bosa (5.5 sacks in 7 games) is a dynamite tandem at DE. Ingram moves from DE to OLB as a rusher and is a menace. Bosa missed a good chunk of 2018 too and will only get better. Jerry Tillery was drafted in Round 1 and Brandon Mebane is a solid run stopping nose tackle. Justin Jones is solid DE depth but they could use more depth if Bosa or Ingram get hurt.

The Chargers have a very strong secondary. Casey Hayward, Trevor Williams and Desmond King is very underrated. Derwin James is a game changer at safety/slot CB as a high first round pick in 2018. Nasir Adderly was added in Round 2 this offseason and Adrian Phillips is a solid safety. The Chargers should have strong coverage in 2019.

Denzell Perryman is solid ILB but coming off an injury. Thomas Davis was added from Carolina but is up there in age. Jatavis Brown isn’t a strong SAM LB.

This Chargers team lacks some depth on defense/weapons and if they get hit by the injury bug, they won’t have the same success as 2018. Injuries have ruined many Chargers seasons in the past. Allen, Ingram, Bosa and James must stay heathy.

The Chargers travel to Detroit in Week 2 and Chicago in Week 8. Gordon’s hold out could be interesting for the Detroit game. LA host the Packers in Week 9 and the Vikings in Week 15. LA was great on the road with a 7-1 record in 2018 so this may actually benefit the Packers/Vikings by going to LA. The Vikings/LA game is set for Sunday Night football. This will be a tough game for all four NFC North teams.