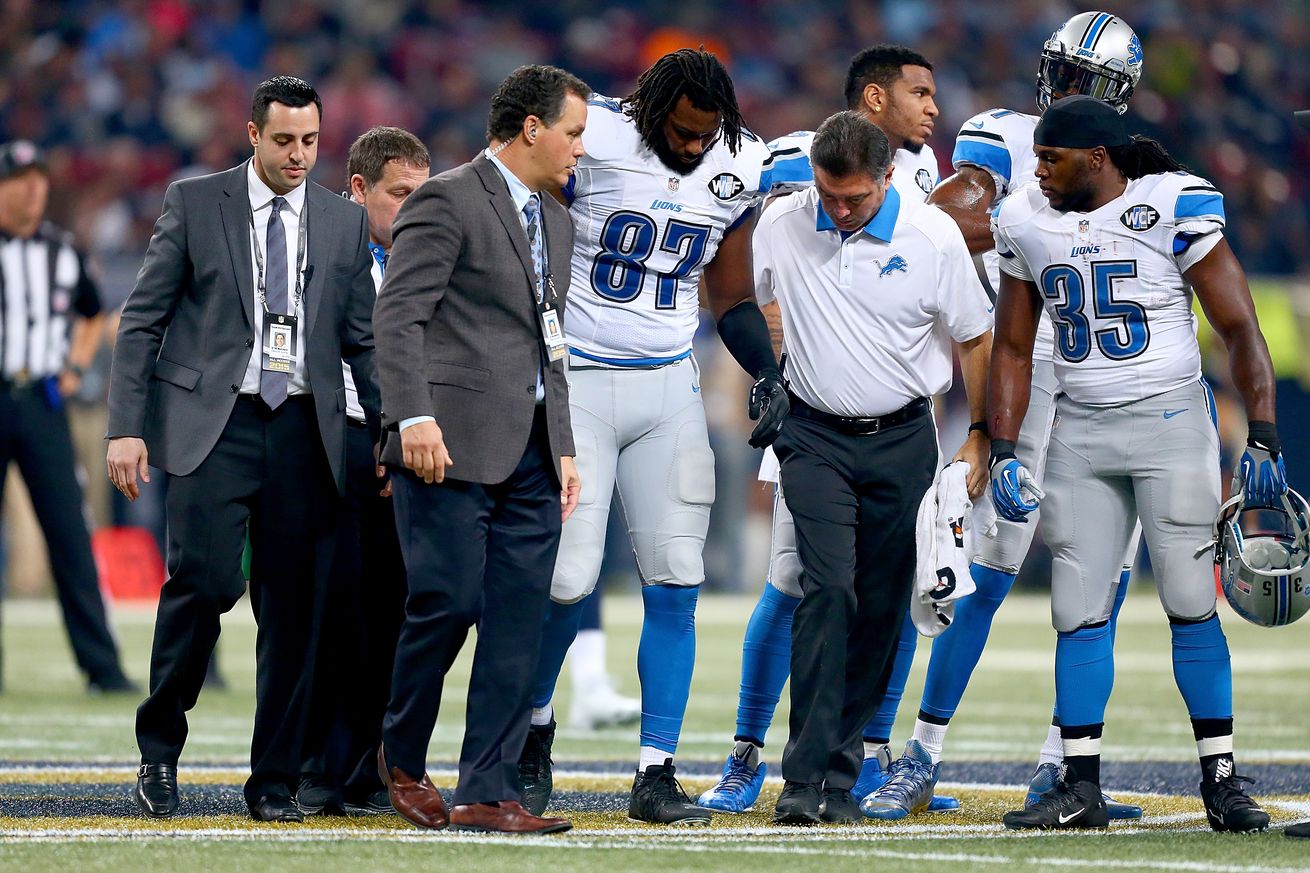 Pettigrew started to be phased out in the passing game in 2013 but was efficient on his 64 targets (64% completion). Upon the arrival of Caldwell, Joe Lombardi and Eric Ebron, Pettigrew was almost completely phased out in the passing game in 2014 and 2015 with only 15 targets each season. He is now considered a blocking tight end but still does have a receiving skillset. Pettigrew was limited to 8 games in 2015 due to injury. We’ll see how much he has left in 2016 after recovering from this second ACL injury.

Pettigrew is a solid blocking tight end. He is better in pass protection but has had to do more in the run game due to the struggles of the Lions right tackles. He can still be an asset to the Lions run game in 2016 if he is healthy.

Pettigrew started out as a productive tight end for the Lions. The changes in coaches and injuries have reduced him to a blocking role. He still has enough of a receiving skillset to make some plays but that is not his main role anymore for Detroit. At his current cap number, he is overpaid in year 3 of his deal but the Lions have the cap room for one more year of his blocking services in 2016. The recovery of his knee will be the key for 2016 for the Lions to get any benefit from him as the second tight end. It is a big unknown if he has anything left as a receiver for 2016 if Eric Ebron were injured.