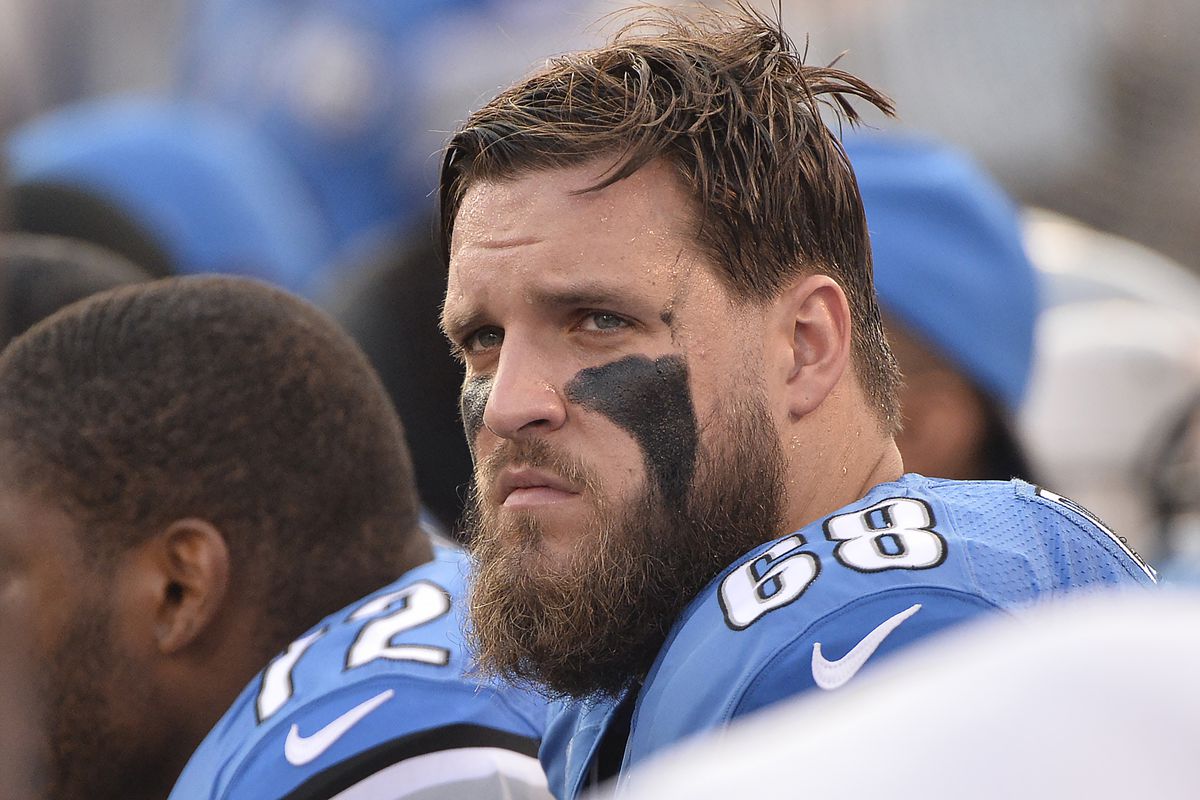 We continue to rank the NFC North with offensive line as the next position group to rank.

1A Detroit
Detroit has a great set of offensive tackles in Taylor Decker and Rick Wagner. Wagner was a top 10 right tackle for the Ravens with strong pass protection and Decker had a strong rookie season as left tackle in both run and pass blocking. Decker is hurt with a torn labrum but still could play between 8-12 games this season. Decker has the skillset to be a good left tackle for years which helps Detroit earn top marks.

The Lions added to their depth this June by adding Greg Robinson and Cyrus Kouandijo. Kouandijo was a solid backup left tackle for the Bills with some experience (400+ snaps). Robinson was the second pick of the 2014 draft by the Rams but struggled at left tackle there. Robinson fits Detroit’s attacking scheme better and still has talent with size. Both could replace Decker temporarily.

Corey Robinson is oft-injured (foot) but has some right tackle experience from last season (Week 10 and 17). Cornelius Lucas has right and left tackle experience for the Lions but struggles when he plays extended snaps at right tackle. The Lions have a strong starting duo and are deep at tackle with experience. Hopefully, Decker only misses four to six games this season.

1B Green Bay
The Packers have very good offensive tackles in David Bakhtiari and Bryan Bulaga. Bakhtiari is a top five left tackle and Bulaga alternates between top 5 RT and solid right tackle most years. Bulaga has some injury concerns as well over the years but provides good play for the Packers.

Jason Spriggs and Don Barclay provide the depth. Spriggs was a second round pick from 2016 and Barclay really struggles at tackle but is versatile. Both can play guard as well but would be needed if Bakhtiari or Bulaga went down. Spriggs has starter potential despite struggling at guard as a rookie.

3A Minnesota
Minnesota revamped their tackle situation after a terrible injury filled 2016 season. Riley Reiff joins the Vikings from the Lions. Reiff was a solid left tackle for Detroit but struggled at right tackle in 2016. Reiff is durable despite missing his final 2 games as a Lion. Reiff can run block well and is solid in pass blocking.

Mike Remmers was added from the Panthers. Remmer was an average right tackle but is consistent with experience. He has some pass protection issues but can bolster the run blocking for the Vikings. Jeremiah Sirles has some experience at right tackle but is also the top backup guard. TJ Clemming is moving to guard after really struggling as the backup tackle in 2016. Willie Beavers was a 4th round pick in 2016 and Austin Shephard rounds out the depth. The Vikings are weak at left tackle depth but have solid starting tackles. Minnesota hopes Beavers steps up in year 2.

3B Chicago
Charles Leno is an average left tackle and Bobby Massie is a solid right tackle. Leno has improved with experience and is still relatively young. Massie is on a decent size free agency deal but needs to get better for the Bears this season. Tom Compton and Bradley Sowell are veteran backup tackles with some experience. William Poehls is in his second year out of Montana that has some upside.

1 Chicago
The Bears have an excellent interior offensive line. Kyle Long is a good right guard and Cody Whitehair was an excellent center as a rookie second round pick. It looks the Bears won this so far when Green Bay leap frogged them in the draft for Spriggs. Josh Sitton is still a top 10 guard on the left side. Hronnis Grasu returns from injury as center depth. Erik Kush, Cyril Richardson and Jordan Morgan are all young depth with upside. The Bears have great starters but lack guard depth.

2 Detroit
The Lions have good starters and are deep on the interior offensive line. Travis Swanson had a good season at center before his concussion. TJ Lang is a top 10 guard the Lions stole from Green Bay. Lang has a hip injury but should be ready by training camp. Graham Glasgow was average as a rookie at guard but struggled at center. Glasgow will battle former 2015 first round pick Laken Tomlinson and 2016 5th round pick Joe Dahl for the left guard spot. Greg Robinson could also slide in the left guard spot.

Glasgow provides center depth and Tomlinson is experience and still young guard depth. Tomlinson may fit right guard better but Lang will man that position. Dahl has been getting good reviews in his second offseason and could challenge for the starter role. Detroit has good guards and center with good depth.

3 Green Bay
The Packers lost a lot of talent at guard. Corey Linsley is a top 10 center in 2016 but was average in 2015. Lane Taylor was average in his first year starting in 2016. Jahri Evans is a solid experienced right guard but he is a big downgrade from TJ Lang. Spriggs and Barclay are the depth but had poor grades in 2016.

Kofi Amichia was drafted in Round 6 of the 2017 draft and provides center and guard depth. Amichia will try and replace JC Tretter (who got starter money from the Browns). The Packers have a solid interior offensive line but below average depth.

4 Minnesota
Joe Berger has been a good player the last two seasons for the Vikings. Alex Boone was a big free agent acquisition in 2016 but was only average in 2016. Pat Efflein was drafted in Round 3 to be the new Vikings centers battling Nick Easton for the job. Easton has some experience from last year but struggled. Jeremiah Sirles is a solid backup guard with experience. Danny Isidora was drafted in Round 5 out of Miami for depth. TJ Clemmings moves to guard after failing at tackle for the Vikings. The Vikings have the potential to have a good interior offensive line with depth but must prove that in 2016.