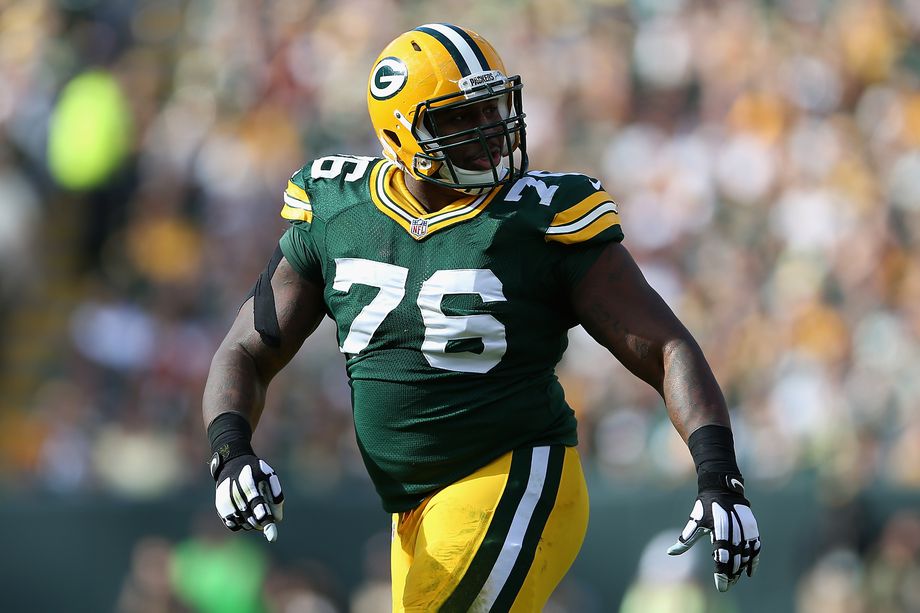 Week 1 of the season is complete and we move on to Week 2. All four NFC North teams go on the road this week. Let’s take a look at the previews for the Packers, Bears and Vikings games. The Lions travel to New York to face the Giants on Monday Night Football which will be previewed on Monday.

Tampa Bay has their first game of the season after an unexpected bye due to Hurricane Irmagherd. Tampa added new weapons this offseason with speedy DeSean Jackson and OJ Howard (Round 1 TE) for Jameis Winston. Mike Evans is still a beast WR too and will be a tough matchup for Prince Amukamara or Kyle Fuller. Cameron Brate added 8 TDs for Tampa Bay last year at tight end. Chicago must get pressure or these weapons will pick them apart.

Tampa Bay’s run game will be without Doug Martin while he finishes his suspension for three more games, but Jacquizz Rodgers and Charles Sims are capable backs for the Buccaneers. Chicago shut down the Falcons high powered rushing attack in Week 1 so Sims and Rodgers should be a much easier task too.

JR Sweezy finally returns to Tampa Bay at right guard after an injury most of last season. Ali Marpet moves to center and Kevin Pamphile is a weak link at left guard. Donovan Smith struggled at LT and must step up in year 3 against OLB Leonard Floyd. Demar Dotson is a good right tackle that could stop Willie Young and McPhee. If the Bucs tackles protect Winston, Tampa Bay should score plenty of points on Sunday.

Chicago’s offense scored 17 points against Atlanta and has major weapon problems due to injuries to Kevin White and Cameron Meredith. Mike Glennon was just average in his first start with the Bears but Glennon will be motivated against his former team. The Bears ran the ball really well with Jordan Howard and rookie Tarik Cohen on Atlanta. They hope to continue that success this week. Tampa Bay can be run on as they allowed 4.4 YPC. They added nose tackle Chris Baker and still have stud DT Gerald McCoy. Lavonte David and Kwon Alexander must rebound from down years at LB in 2016 for the Bucs. Howard and Cohen should be able to have success with the blocking of Kyle Long, Cody Whitehair and Josh Sitton on the interior.

Glennon must figure out a way to lead the Bears to finish more drives and use his tight ends (Sheehan, Miller and Sims). Vernon Hargreaves is a good talent but mistake prone but Brent Grimes was a shut- down corner last year. TJ Ward was added after the Bucs cut him and we’ll see if 2nd round pick Justin Evans plays. Keith Tandy and former Bear Chris Conte could still somehow see playing time at safety for the Buccaneers. Wide receiver Kendall Wright, Markus Wheaton, Deonte Thompson and Josh Bellamy must step up for the Bears who don’t have much left at WR.

Robert Ayers, Noah Spence and Gerald McCoy should provide a good pass rush. Charles Leno must earn that new contract against Ayers/Spence. William Gholston has potential as well facing Bobby Massie for a good day. If Tampa Bay brings pressure, it will be another average at best performance for Glennon. 17 points won’t cut it on the road at Tampa Bay. The Bears keep it close with defense but lose another one score game on the road. Evans and Jackson are just too much for the Bears to stop all day.

This is a great defensive matchup. Minnesota’s defense looked great and held the Saints (high powered offense) to four field goals and one garbage time TD on Monday Night in a 29-19 win. Pittsburgh beat the Browns 21-18 on Sunday.

The key to the game will be if the Vikings offense is for real. Bradford looked great with all day to throw on Monday night. The Saints defense is terrible and the Steelers have much more talent. TJ Watt, James Harrison and Bud Dupree can rush the passer along with DE Cam Hayward. Stephen Tuitt injured his arm and might not play for the Steelers. If Bradford gets time, he can find Thielen, Diggs and Rudolph. The Steelers added Joe Haden and Artie Burns is a first round pick in year 2. Both of those players can win their matchups against Thielen and Diggs.

The Vikings run game looked great with rookie Dalvin Cook. The Steelers are much tougher against the run with Javon Hargarve, Hayward, Harrison, Watt and ILB Ryan Shazier. If Cook can run that well again this week then I will be impressed.

The Steelers offense was a top 10 offense in 2016 and got Martavis Bryant back from a suspension. Antonio Brown, Bryant and slot man Eli Rogers can move the chains. Leveon Bell ended his holdout and is a beast as a running back and receiving back.

The key to stopping Pittsburgh will be the Vikings front 4. Everson Griffen, Danielle Hunter, Linval Joseph and Brian Robison need to dominate the Steelers offensive line. Gilbert is a very good right tackle though and left tackle Alejandro Villanueva is a solid player. DeCastro is a very good right guard and Foster had a great 2016 at left guard. Maurkice Pouncey returns at center. This matchup will be strength against strength matchup and the winner will determine if Pittsburgh has success on offense.

Ben Roethlisberger is a top 10veteran QB that can beat the Vikings with his arm and extend plays with his size in the pocket. The Steelers are tough as nails at home and have more firepower than the Vikings offense.

The Falcons open up their new stadium and host the Packers on national TV Sunday night. The Falcons beat the Packers twice last year including the NFC Championship game. Based on Wee k 1 against Seattle, Green Bay seems to be sporting a much tougher defense than last year. Falcons have a high powered offense that excels at home. The new stadium will be absolutely rocking and this should be a great game.

The key to the game should be the Falcons defense. If Atlanta’s defense is improved from most of last year, they can limit the Packers offense enough. Vic Beasley is a monster pass rusher but someone else for Atlanta (Jarrett, McKinley, Clayborn) must step up and pressure Rodgers and limit his scrambling for first downs. Rodgers legs and quick play on substitution were a big reason the Packers beat Seattle despite intense pressure from the Seahawks.

The Falcons’ offense scored 33 points per game during last season; but the Falcons were held to 23 at Chicago last Sunday. The Falcons must rev up that offense with plenty of weapons and protection for QB Matt Ryan. Ryan had a good 116 QB rating day in Chicago but needs to lead more TDS over field goal drives to beat the Packers.

Mike Daniels, Nick Perry, Morgan Burnett, Clay Matthews and Kenny Clark were swarming Seattle last week. The Packers had pretty good coverage too and Seattle mustered only three field goals on the day despite Doug Baldwin, Jimmy Graham, Tyler Lockett and Paul Richardson in the mix for Seattle. Seattle has a really weak offensive line though compared to Atlanta which hurt them a lot in that game.

If Ryan gets time, he’ll find Julio Jones beating any of the Packers corners. If Atlanta has a strong running day at home with Freeman and Coleman, then they should have no trouble scoring points and wearing down Green Bay. Chicago shut down the Falcons run game and they only scored 23. Green Bay must be on point in run defense to limit the Falcons offense.

This should be a really fun game to watch for any NFL fan. The Falcons open their new stadium and are able to eke out a win over the Packers on a late TD.