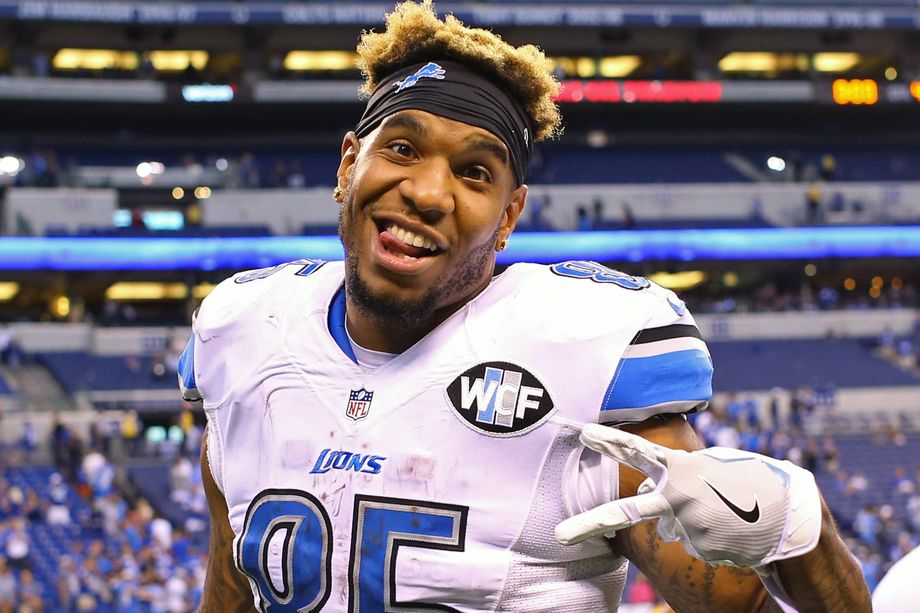 The Detroit Lions (2-3) are riding high after a big win over the Eagles. The Lions continue their home stand with a matchup against the Los Angeles Rams (3-2). The Rams lost at home to Buffalo in Week 5 and at San Francisco in Week 1 but were able to beat Seattle, Arizona (away) and Tampa Bay (away). The Rams are an enigma with a good defense (now injured) but terrible offense.

Stafford had a 135 rating day with 3 TDs in Week 5 to increase his QB rating to 99.4 on the season (9th). Stafford has 10 TDs to 4 interceptions with 68% completion and 7.6 YPA. The Lions passing offense is still strong despite the injuries to Eric Ebron (ankle/knee) and Ameer Abdullah (foot).

Marvin Jones leads the league in yards (519) and added his third touchdown of the year last week. Golden Tate showed some signs of life with a clutch 27 yard reception in Week 5 to set up the game winning field goal. Anquan Boldin continues to catch clutch first downs on third down for Detroit every week. Theo Riddick is a great threat and added two receiving touchdowns last week. Boldin and Riddick are both dealing with ankle injuries though. They need to play for Detroit this week. Detroit has the weapons to pick apart the Rams.

The Rams secondary took a huge hit with an injury to top corner Trumaine Johnson late in Week 5. The Rams are 10th best allowing an 82.4 rating but losing Johnson will hurt. Johnson played well against Detroit in the Rams win over the Lions last December. Johnson had a crucial pick 6 to set up the 21-14 win. The Rams will miss Johnson greatly but Marvin Jones will still face a solid corner in EJ Gaines. Mark Barron has two picks in his LB/safety role and TJ McDonald is a solid safety along with strong safety Maurice Alexander. Young veteran Lamarcus Joyner and new nickel Troy Hill will need to step up in Johnson’s absence.

The Rams pass defense could be in trouble without three of their defensive linemen. Robert Quinn (shoulder), William Hayes (ankle) and Michael Brockers (hip) all missed Week 5 with injury and Wednesday’s practice. The Rams need to get some of these guys back to help stud DT Aaron Donald along the line. Former Patriot and 1st round pick Domnique Easley must step in if Brockers can’t play. Eugene Sims (DE) is decent, but Ethan Westbrook (DE/DT) and Morgan Fox (DE) don’t offer much of a challenge but could rise to the occasion. The Lions offensive line should have success if some of those defensive linemen miss the game on Sunday. The Rams are a solid 14th allowing 21.2 PPG but allow more if their defensive line and Johnson are missing in action. If Stafford has protection, he’ll have another big day.

The Lions rushing offense was terrible in Week 3 and 4 but showed some signs of life in Week 5. Theo Riddick had 4.5 YPC but Zach Zenner had few holes and was stuffed way too often. Detroit made a move to sign Justin Forsett and hope he still has something left in the tank. Dwayne Washington (ankle) is still hurt and Ameer Abdullah is on IR. The Lions must get better run blocking from their offensive line and tight ends. Due to injuries, Detroit used tackle Corey Robinson as a tight end in Week 5 for blocking. It seemed to have success but Detroit must block better up front for holes for Zenner and Forsett. The Rams are 24th allowing 4.4 YPC and are susceptible to the run. Riddick, Zenner and Forsett have a chance for some success on Sunday, especially if the Rams are missing three starting defensive linemen.

Alec Ogletree is playing well at middle linebacker for the Rams and Barron brings the heat at LB. Josh Forrest will be the Rams 3rd LB. Detroit must block well and get to the next level to take out Ogletree for some big rushing plays.

Case Keenum has been under pressure way too much and has not been very good. Keenum has a 75.4 rating with 4 TDs and 5 interceptions at 57.9% completion with 7.2 YPA. The Rams offensive line has been terrible. Greg Robinson was a first round pick but has been a huge bust at left tackle. Roger Saffold regressed at left guard and Tim Barnes has struggled at center. Havenstein is average at right tackle. The Lions should have a good shot to finally bring consistent pressure even if Ziggy Ansah doesn’t play. The Rams offensive line may be a reason why the Rams haven’t turned to top pick Jared Goff quite yet.

Kenny Britt is finally having a decent season with 356 yards and 15.5 YPC but no TDs. Tavon Austin (218 yards and 1 TD) and Brian Quick (204 yards and 3 TDS) have some talent but don’t really produce that much. Lance Kendricks (152 yards) struggles at tight end. Austin has some skills in the running game as well though. The Lions secondary should be able to handle the Rams lack of weapons. However, Detroit must watch out for big plays from Austin and Britt though.

Devin Taylor showed signs of being healthier from his ankle injury and notched pressure in Week 5 with a sack. Kerry Hyder still has 5 sacks but brought more consistent pressure in Week 5. The Lions still really need stud pass rusher Armonty Bryant made an instant impact with a sack for his game as a Lion. Ziggy Ansah coming back to tip the pass rush back in their favor would be beneficial for Detroit ASAP.

The Lions should get pressure even without Ansah on the Rams very weak offensive line. It will be another long day for Keenum if the Lions succeed. The Lions are still allowing a 116 QB rating (31st) despite a late pick on Carson Wentz in Week 5 by Big Play Slay. Hopefully, the Lions pass rush and secondary cover the Rams weak pass offense and lower the passer rating allowed finally. Rams are dead last in offense (16.4 PPG) and the Lions need to take advantage of that.

However, Keenum did enough to beat Detroit last season with Gurley having a monster day (140 yards and 2 TDs) and the Lions better play sharper defense than they have been.

Todd Gurley had a great 2015 rookie season. Gurley is talented but really struggled in 2016 with 2.7 YPC. The Rams run blocking has been atrocious and even Gurley can’t have success. Gurley ran all over the Lions last year and was the reason the Rams won the game.

Detroit is allowing 4.9 YPC so Gurley has a chance for another huge game. Detroit must shore up their run defense. Ansah returned to practice so we will see if he plays. If Ansah and Levy don’t play, it will be another tough challenge. Haloti Ngata injured his shoulder in Week 5 which would be another devastating blow to the Lions defense. Ngata should miss 2-3 weeks. Hopefully Ansah can play in this game and show everyone that Detroit can have a good defense and bring pressure. Without Ngata and Levy and maybe still Ansah, it will be very challenging to stop Gurley.

The Lions offense has done well for half game spurts. This will be the game they put a full game together with the Rams defense dealing with injuries. The Lions defense is reeling from injuries as well but the Rams offense is just that bad right now. Unless Gurley has a monster day, Detroit should win by double digits. Detroit gets back into the playoff race with this win and another home game next week.