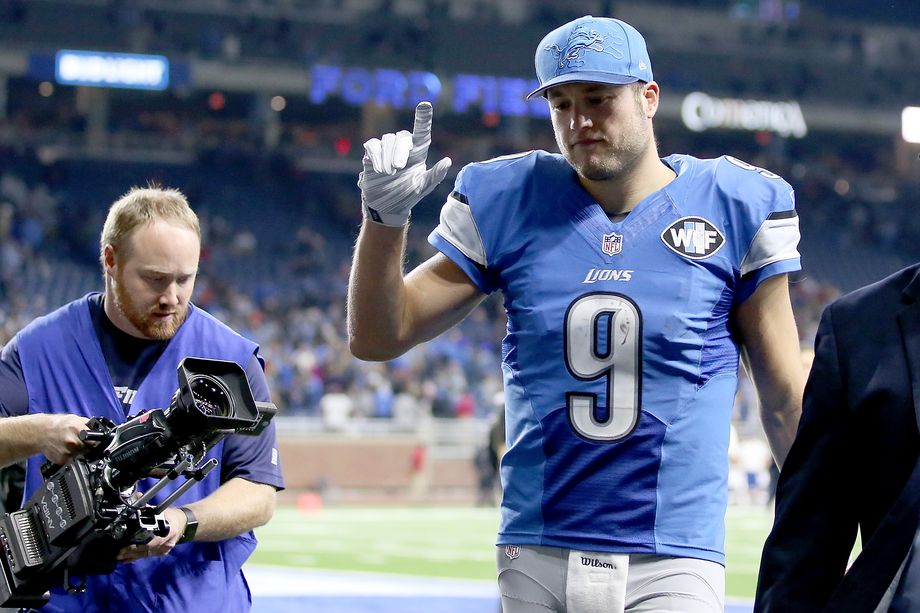 Detroit (9-4) got their revenge on Sunday against the Chicago Bears (3-10). Detroit came back and won 20-17 despite Stafford’s finger injury. The Lions defense held an opponent to 20 and under to the seventh game in a row. DeAndre Levy returned to game action. Let’s take a look how Detroit got the crucial divisional home win.

Detroit started with the ball and drove to the Bears 34 yard line with three first downs. However, the Bears got great pressure on 3rd and 2 and sacked Stafford despite two holds. The Lions were moved out of field goal range and punted. Martin kicked the ball into the end zone on his lone bad punt of the year.

The Bears had a good game plan to start the game and drove 60 yards and 12 plays. The Lions held strong in the red zone as usual and limited the Bears to a short field goal. Chicago led 3-0.

The Lions got one first down in response but an intentional grounding on a botched play by Zach Zenner was costly for Detroit. This set up a punt after a conservative 3rd and long run. Stafford was injured on the intentional grounding play due to pressure. Stafford dislocated his middle finger and tore some ligaments. The dreaded glove made an appearance again. Hopefully it is not a tendon issue that will require surgery.

Sam Martin responded to his first punt and had a great punt pinning the Bears at their own 4 yard line. The Lions defense allowed two more first downs but then finally bottled up the Bears and forced a punt.

Stafford, despite the injury, drove the Lions down the field. Detroit marched 74 yards in 12 plays but failed in the red zone. Prater nailed the field goal to tie the game at 3.

The Lions defense stood up strong and forced a 3 and out. Detroit took advantage and drove 81 yards in 10 plays late in the first half. A key first down to Anquan Boldin and a 38 yard pass interference by Tracy Porter on Marvin Jones were key to the drive. Stafford hit Boldin for 16 yards and the touchdown. Detroit led 10-3 at the half.

The Lions defense remained strong to start the second half. The Bears got one first down but were forced to punt after that. A holding on Josh Sitton hurt that Bears drive.

Detroit continued to move the ball and eat clock. Stafford and a strong run game drove the Lions into the Bears red zone. Stafford hit Tate but the ball bounced off him and the Bears got a lucky interception in the end zone. The lead remained at 13-10 for Detroit.

The Bears got a few first downs on the next drive but were forced to punt on a big sack by Kerry Hyder (8) on 3rd an 9 from Detroit’s 43 yard line. Detroit got the ball on their own 9 yard line. However, on 3rd and 5 on the ensuing drive, injured Stafford threw a terrible ball that was returned for a pick 6. Somehow, Chicago led 17-13. It looked like a miracle for the Bears.

Mr. Clutch Matt Stafford would have none of it. Stafford led another clutch TD drive. Stafford hit Boldin 23 yards and a DPI was costly for the Bears on the drive. Zenner had a nice 11 yard run as well early in the drive. Finally, Stafford had a great scramble and ran for the 7 yard go-ahead touchdown with 3:17 to play in the game.

The Lions defense once again came up big late in the game. Detroit allowed two first downs but then found their pass rush. Ziggy Ansah forced a hold to negate a big Bears play. Haloti Ngata then forced a hold on the next play after to negate a 23 yard gain for the Bears. The Bears couldn’t recover from the 1st and 30 and Detroit forced an incomplete on 4th and 11. Detroit kneeled and won the game.

Detroit is firmly in the driver’s seat at 9-4. They are the current 2nd seed and control their own destiny. Detroit has three tough games remaining and an injured QB. Hopefully, Stafford can continue to play well despite the injury. The Lions defense must continue to hold opponents to 20 or under like they have done the last 7 games.

The Lions travel to New York for a huge game against the 9-4 Giants. Detroit could clinch the division with a win on Sunday and a Packers loss at Chicago. The Cowboys and the one seed are in reach now too with a head to head matchup in Week 16. Detroit must continue winning to avoid the red hot Packers from catching them. Detroit looks like a team destined for greatness still. It should be a fun last 3 games and playoff run.