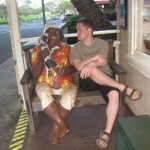 The Kansas City Chiefs averaged 29.56 points per game this season.  The Tampa Bay Buccaneers defense just held them to nine points after pressuring Patrick Mahomes on 29 of 49 dropbacks.  Mahomes ran an incredible 495 yards prior to throwing the ball on Sunday, he was under so much duress.  This followed a win over the Green Bay Packers, who averaged 31.81 points per game, but could only score 26 despite intercepting Tom Brady, who did not play well, three times.  In the Super Bowl, Devin White had 12 tackles, two for a loss, an interception and a tipped pass.  Ndamakong Suh registered 1.5 sacks, another tackle for a loss, and seemed to live in the Chiefs’ backfield.  Shaq Barrett tallied one sack, and another four quarterback hits.

But anyways, Tom Brady won his 7th Super Bowl.  All by himself and without the help of anyone else, just like the other six.  Yes, it does seem incongruous that he never won a super bowl in his prime of primes, except maybe 2014 when he was a mere 34. Or that his best performance came in a loss to the Eagles because the Patriots gave up 41 points, not just 9 points, and its a team game.  OK fine, fine, he threw two interceptions in that Seattle game but also four touchdowns and 328 yards against an all-timer of a defense, arguably that was his best game.  But in any event it was not this effort which, while efficient and certainly not a bad game, was fairly easy given the Chiefs’ failure to cover anybody or put any sort of pressure on the quarterback all day.

But I digress.  Tom Brady won this Super Bowl.  Nobody else did.  Nobody else even tried hard, really.  Congratulations to Tom, the greatest to ever do it, the greatest to ever do anything, including set up a marketing scam with a scam “doctor” and then have his incredible play at age 43 be just a perfect goddamn infomercial for the greatness of his own scam product.  Of course, why not, maybe one day you will make as much money as your perfect, gorgeous wife.  Mouth kiss your kids some more.  Who cares?  Nobody is going to really take you to task for it, you can do whatever you want.  You just won a seventh fucking Super Bowl on the same weekend that your alleged rival, Peyton Manning, was chosen for induction into the Pro Football Hall of Fame.  Go murder Aaron Hernandez’s wife.  It will work out for you, Tom, to be sure.