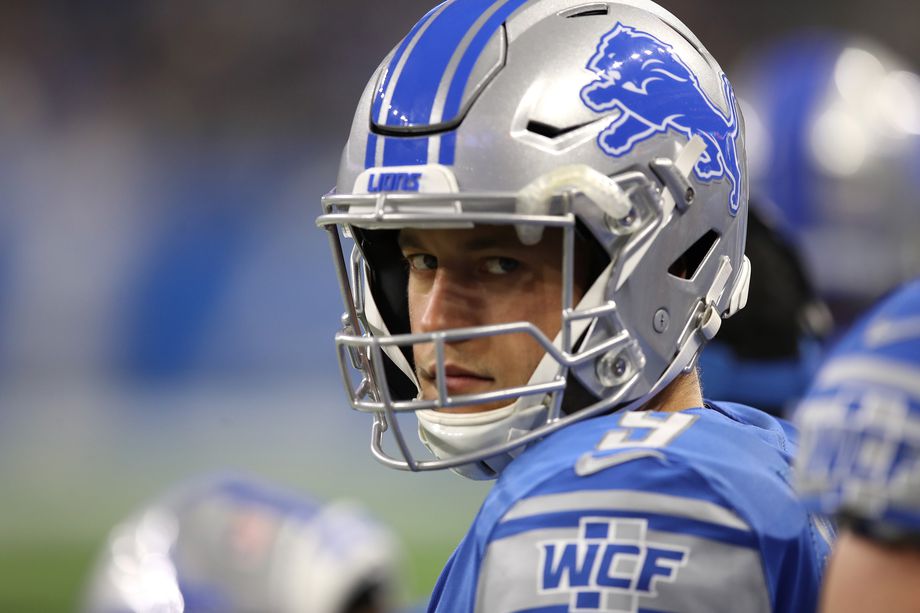 Fleeced: obtain a great deal of assets from (someone), typically by overcharging or swindling them.

Welcome to 2021, the year of the fleece of a Ram. New GM Brad Holmes (and former Rams director of college scouting) rammed it right through his former boss GM Les Snead of the Los Angeles Rams. The Lions traded 12 year 33 year old veteran QB Matthew Stafford to the Rams for 1st round pick in 2022, 1st round pick in 2023, 3rd round pick in 2021 and 5 year 26 year old veteran QB Jared Goff (and a lot of his big contract). Detroit is set up nicely for a rebuild in the long term and get a young (26, to be 27 in October) playoff winning (3 games including the same amount of NFC Championships for Rodgers) QB under contract for the next four (4) seasons. Let’s get into the details of this mega-deal!

Rams Side and Stafford Side of the Deal

The Rams are very happy to get a stud QB like Matt Stafford who can take them over the top. Head coach Sean McVay had soured on 2016 1st round pick Jared Goff since 2019 (despite giving a huge contract following the 2018 Rams Super Bowl season). Rams became a Super Bowl favorite (moving from 8th to 3rd in betting). The pieces are there for Stafford to finally do what Detroit couldn’t give him, playoff wins. Matt will finally have a good defense, run game, good weapons and good offensive line at his disposal (though Rams have some free agents on defense (John Johnson, Leonard Floyd, Samson Ebukam, Troy Hill) and lost their passing game coordinator Shane Waldron and stud defensive coordinator Brandon Staley to Chargers). Stafford had very little of that support in Detroit (never all at once) and he must be ecstatic to get all of that at once, along with a good offensive mind like Sean McVay (maybe).

I will be watching Rams game with a passion and rooting for my guy. Though if he loses, the Lions get much better draft picks in 2022 and 2023.

We will finally find out if it was the Lions problem (defense, run game, blocking, schemes) or if Stafford should shoulder more of the blame for the losing (despite very good play on game tape and some good stats too many years). Watch out for concentrated injuries, flukes and bad refs coming his way though knowing his luck along with Rams defensive changes. The Rams haven’t had a 1st round pick since 2016 (Goff) and won’t have one until 2024 now. Crazy.

Lions Side of Deal

Rebuild much. Wow, the Lions got a great haul and options for when to pick a future QB now. Could be 2021 pick 7 if they like somebody a lot (Fields, Wilson, Lance) or they could trade down or go defense or WR in the 2021 draft. Detroit could take a QB in 2022 when it is easier to dump Goff with two different 1st round picks or a trade up. Or 2023 when Goff is super easy to dump with no guaranteed money left and Detroit has two 1st round picks this draft too.

The Lions new regime have to be very pleased with that many high picks already even though only one is in 2021. The Lions could take 4 non QB picks in Round 1 in the next 3 drafts or 5 if Goff magically works out in Detroit (would be genius deal for Holmes if that happens).

GM Brad Holmes likes Jared Goff (he helped pick him) and this wasn’t just taking a contract dump. Goff will get a legitimate shot the next 2 of 4 years left on his current deal and can be dumped in 2023 with no dead cap hit. Really could be dumped in 2022 but would have 15 million in dead money but save 10 million on the 2022 cap for Detroit. Goff could also be traded in 2022 prior to roster bonus and Lions save the full amount of 25 million in cap space in 2022 with that trade. So many options for Detroit. There was interest by other teams in Goff besides Detroit too.

The Lions are still in a rebuild though and Jared Goff will have a lot to prove with less help than he got with the Rams. We will see if Sean McVay was blaming Goff due to Goff or if McVay had some issue with teams figuring out his scheme (cough Patricia figured it cough) to save his own ass. We’ll get into Goff’s skill set in another article I’m sure.

Jared Goff is a number 1 pick for a reason and has plenty of talent and two (2) seasons with over 100 QB ratings. Stafford has one over 100 rating season by the way and was only for 8 games in 2019. That is a Lions issue not a Stafford issue (maybe). Low expectations for Jared but the guy has produced in 2017/2018 and has help win 3 playoff games in 3 years including a Super Bowl trip in 2018 season. We’ll see if HC Dan Campbell, OC Anthony Lynn and new QB coach Mark Brunell can fix Goff’s alleged issues.

Lions need to figure out how to get him at least two good receivers though (Golladay, Marvin Jones and Amendola all free agents). TJ Hockensen and DeAndre Swift are very nice building blocks to start at least. The Lions offensive line returns and can be above average to good if healthy. The scheme change though could make things way better or worse there too. Lions were probably losing anyway in 2021, so Goff being average/bad/awful helps with a tank for picks if that occurs. We’ll see how much Stafford carried this team to even be in games in 2011, 2013 2015-2020 seasons.

I will be rooting for two teams now but not that hard for the Rams. They lose it still helps the Lions in 2022/2023. Detroit will still need to hit on these additional draft picks and their own if they want rebuild success. That is what will matter the most for Holmes and the new Lions regime. Fleecing Boombaya!