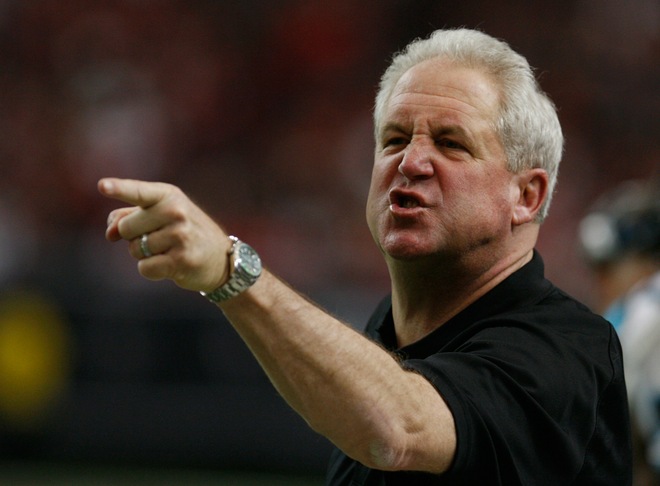 The Bears head coaching search is getting a facelift.

On Wednesday, the Bears will bring in former Broncos’ head coach John Fox into Halas Hall for his first interview, and many close to the situation believe it will be his last as there is strong mutual interest between both parties to get a deal done. We shall see.

One strong candidate, former Cardinals defensive coordinator Todd Bowles, left the market late Tuesday night as he agreed to become the head coach of the New York Jets, and he was a candidate the Bears seemed to have legitimate interest in. One by one, the selection pool will begin to diminish, so it’s paramount the Bears find their guy quickly.

Even with popular candidates in Seattle’s Dan Quinn, Broncos’ Adam Gase, and even Mike Shannahan still on the market, the Bears would be wise to not let Fox leave Halas Hall today. The fact that he even became available after leading the Broncos to four straight AFCW titles and a Super Bowl appearance last season, has many in Denver wondering what general manager and executive vice president John Elway has on the horizon. It turns out that both he and Fox didn’t share the same vision moving forward, so instead of compromising Elway simply decided to clean house.

Well Denver’s loss should be Chicago’s gain. Fox would bring experience, identity, knowledge, and charisma to a team that desperately needs it after a soulless 2014 season. Fox has had a direct impact on turning around both the Broncos and the Carolina Panthers, leading both to Super Bowls but losing both, which some see incredibly as a fault.

The goal of every team in the NFL is to win the Super Bowl, but the odds are very small. Coming off a 5-11 season – and a very poor 5-11 season – means the Bears have to set more realistic goals.

First and foremost, and to take a page out of Lovie Smith’s handbook, the Bears have to compete with the division, and in particular the Green Bay Packers. The Packers, Lions, and Vikings have all broadened the talent gap with the Bears, and even though the Vikings were only one game better in the division, they have a solid nucleus of young talent to go along with a rookie quarterback and rookie head coach who both look very solid. Both the Packers and Lions made the playoffs this season, and neither team looks at risk of falling backwards anytime soon. And of course Packers quarterback Aaron Rodgers has been the Bears kryptonite for seven seasons now.

New general manager Ryan Pace stated his goal is to begin rebuilding the Bears through the draft, which means shying away from pricey free agents and a “win now” mentality, which makes teams desperate. Pace even referenced Packers general manager Ted Thompson and his success with the Packers employing this philosophy.

Fox could easily get the Bears back in contention. As a defensive minded head coach, he could rebuild the Bears defense, and coincidentally special teams, into respectable units again after two seasons of awfulness. The Bears have pieces on offense to work with, but of course the big question marks are the statuses of quarterback Jay Cutler and wide receiver Brandon Marshall, who for different reasons may not have solid footing with the Bears this offseason.  Regardless, Fox’s long history in the NFL would mean he could find the right offensive coaches to get that unit working again, with or without Cutler and/or Marshall.

Again, the goal is contention. Not getting up to the podium and pounding the chest and saying we are going to get the Bears back to the Super Bowl. Don’t make the media and the fans laugh by pandering to them. Baby steps in the Bears’ case are warranted, and both Pace and his new head coach should get a solid chance to start over, build the team their way, and get the Bears back into contention.

John Fox has the resume to get that done.