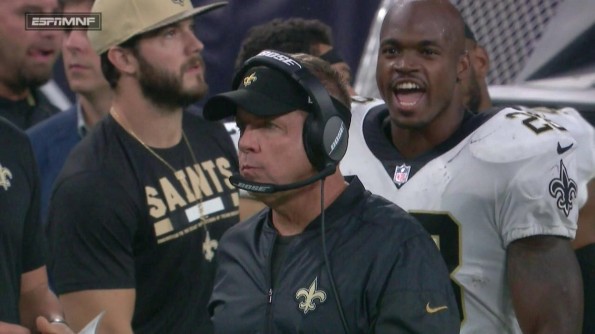 Well boys, week one is in the books, and other than the Patriots getting curb stomped at home and the Colts looking like some type of hellish, aborted spawn, there were really no big surprises.
Taking that into consideration, and with my own personal integrity on the line, I still reserve the right to overreact and spew shit all over these rankings, like hot sauce on cunts at a Cajun wedding.

On a personal note, I’d like to thank Chicago Bears receiver, Kevin White, for breaking a bone for a third consecutive year in a row. Not like they need help at that position, ya fuckin’ fuck.

THIS DAY IN HISTORY (September 12)

1993 – New floating bridge opens in Seattle; I-90 stretches from coast to coast. Huge boost for sex and drug trafficking.

Kansas City Chiefs – Dismantling the defending Super Bowl champs on their home field is about as good as it gets.

Texans, Colts, Seahawks, 49ers, and Giants – None of these teams managed to score better than single digits, but who needs offense, right?

MIB – Totes, dude. Why don’t you go back to banging cows, or whatever the hell it is they do in East Central South Dakota this time of year.

Maized and Confused – MIB this is as horrible and ill-thought-out as I could have hoped.

MIB – I’ll take credit for these rankings being horrible, but please don’t accuse me of thinking, ill or otherwise, when I do my rankings.