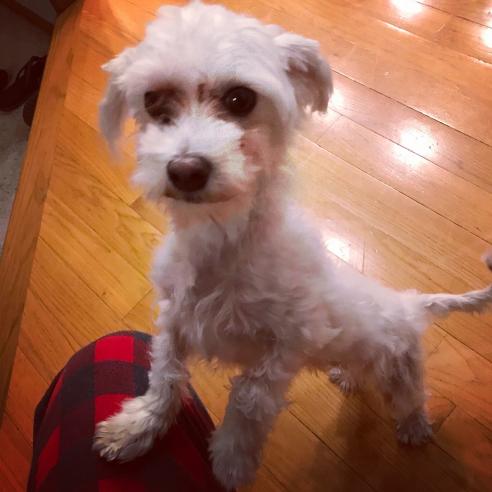 Big Deal – Buddy the Dog is to haircuts as MIB is to power rankings.

I see your all going dressed up as retarded pedophiles.

Me, I’ll be handing out candy, reeking of alcohol, and making parents terribly uncomfortable…just like last year.

Another week, and another chance for the NFL to confuse fans on exactly what constitutes a catch. I personally think the best solution would be just to have the receiver exit the game after a touchdown and keep a camera trained on them until the final second ticks off the clock, or, in a case like Zach Miller, until they wake up from surgery.

Something needs to give. There’s nothing worse than watching officials deciding games based on an obviously flawed rule.

Oh, and whatever you decide, you’d better do it quick. Donny and I would hate to miss the Trump impeachment hearings.

THIS DAY IN HISTORY (October 25)

1861 – Citing failing health, General Winfield Scott, commander of the Union forces, retires from service. He weighed over 300 pounds, suffered from gout and rheumatism, and was unable to mount a horse. Oddly enough, he was still able to mount your mother.

1926 – Harry Houdini, the most celebrated magician and escape artist of the 20th century, dies of peritonitis in a Detroit hospital. Rumor is his last words were, “At least I didn’t play for the Lions.”

1950 – 21-year-old Earl Lloyd becomes the first African-American to play in an NBA game when he takes the court in the season opener for the Washington Capitols. This was simply because, up until that point, whites were just better at basketball than blacks. This had nothing to do with racism.

THE Philadelphia eagles are on a 6 game winning streak. The fans are enjoying this more than dropping a warm cheese steak in their lap.

The 49ers and the Browns are battling for the #1 overall pick in next years draft, and the funny thing is, the Browns suck so bad, they will get it if both teams end up 0-16.

Sgunderson17 – Sometimes I wonder about the scientific evidence behind evolution. And then I see MIB’s rankings and it completely reaffirms how things can completely miss a rung on the evolutionary ladder.

MIB – Sure, I can see how it might make you feel better about yourself to take a shot at me, but maybe you should look in the mirror, Mr. Buttface Penishead!

MIB – Poor, dear Ethan, you were our one last shot at a rational Lions fan. RIPIP, mah man.