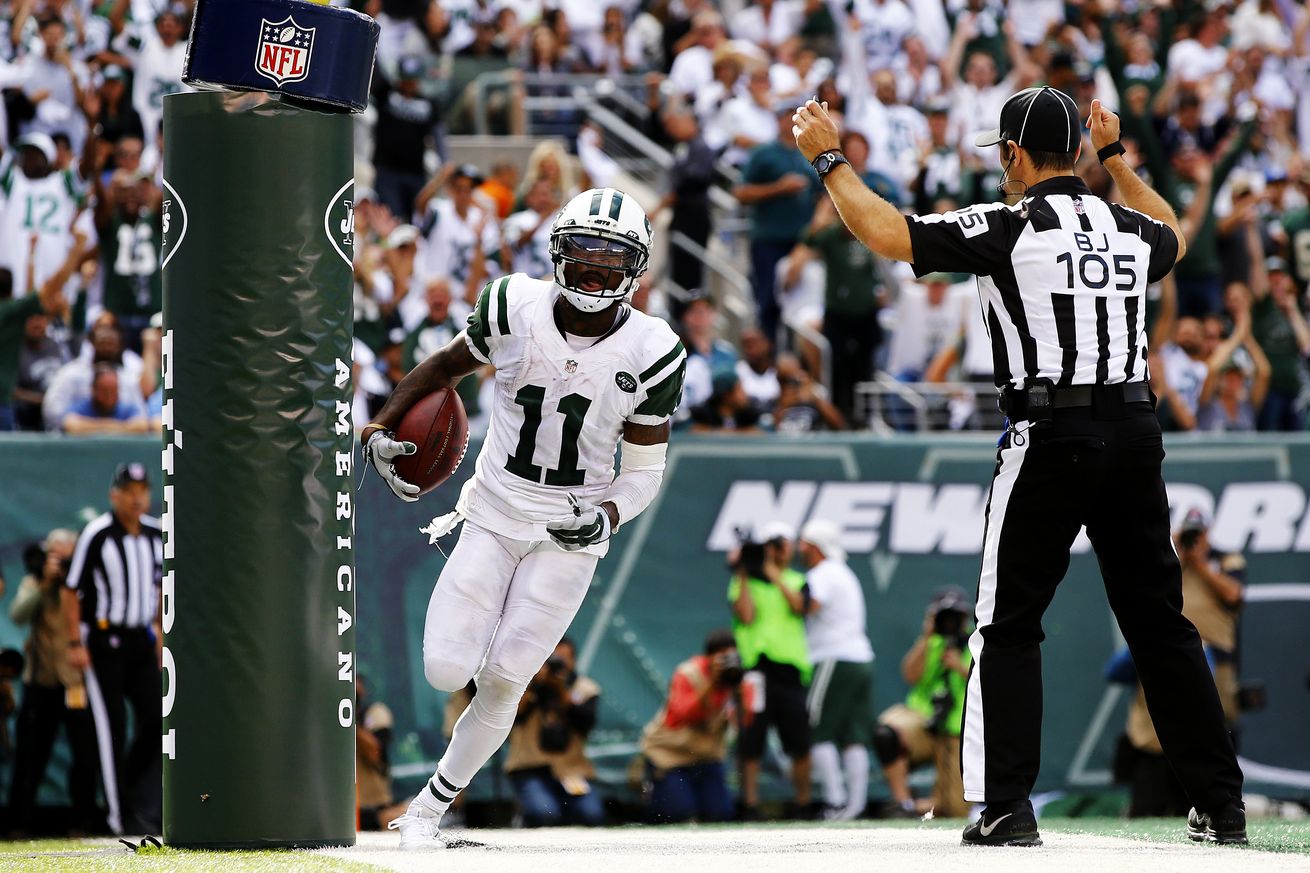 Moe, Larry, Kerley? Part 3 of the 53 man roster series continues with slot WR Jeremy Kerley. Kerley played five seasons for the Jets and was productive as a slot WR in a few seasons. Kerley was a 5th round pick out of TCU in 2011 for New York. Kerley signed a one year deal with Detroit this offseason. Kerley is 5’9 and 188 pounds. He is 27 until November.

At the link below, is a good profile of Kerley and his abilities. He is an average slot WR that runs good routes with good hands but can’t get separation on deeper routes (4.62 40 time). Kerley has problems against press coverage and is strictly a slot WR with no outside ability.

Kerley was productive but not very efficient (57.7%) with the Jets from 2012-2014. Kerley had poor QB play in most years and didn’t play as much in 2015 due to the existence of Eric Decker, Brandon Marshall and second round pick Devin Smith on the roster.

Kerley is a veteran slot player that could fit Jim Bob Cooter’s offense. He should be an upgrade over Lance Moore but not by much. A 400 yard and 2 TD season from Kerley should be plenty for Detroit in 2016 with the plethora of other weapons at Stafford’s disposal. Kerley provides a solid option as a punt returner as well (second in punt return yards, 14th in return average).