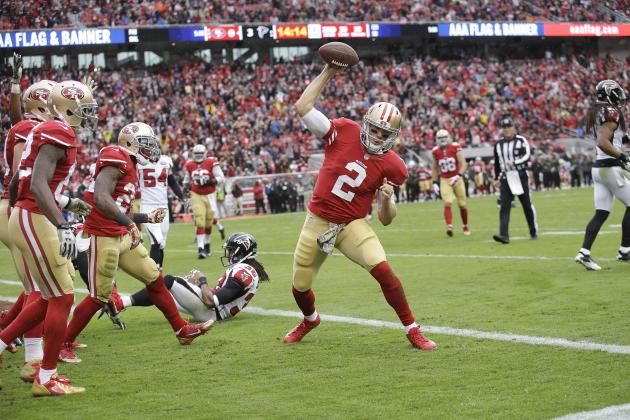 I noticed a few things in the comments section of last week’s Nailed It! that needed to be brought to light. The first was this spectacular comment from Donny33: “Imma laugh so hard when blaine gabbert beats the falcons.” Well, Donny, I sure hope that you got your laughs in, and are still laughing now.

The second thing that I noticed seemed to be a big issue with some of the commenters. They felt that I did not award them with an Against the Grain pick when they thought they deserved it. Let me clear this one up for you. For a game to qualify as an Against the Grain game, there must be only 10% or less of our prognosticators that correctly picked the winner. Margin of victory does not come into play, only that so few people picked that team. One game that came into question often last week was the Denver – Green Bay one. Eight of the 23 prognosticators picked Denver to win, so that obviously did not qualify as an Against the Grain game. I hope that this cleared things up a bit.

Now, with all that said, we had a fantastic week this week. There was yet another correct Final Score prediction, as well as five Against the Grain picks. All told, we scored 22 points this week, finally eclipsing our week 1 mark. Well done!

There was quite a bit of movement, and reorganization on the leaderboard this week. By scoring three points this week, MKE vaulted from being tied for fourth place into sole possession of second place with nine points. Right behind him sits ALLSAINTSROW with eight points after scoring a point this week with his Against the Grain pick. And then there is a new name up on the leaderboard. By scoring two points this week, DanOnWis jumped up over four other people to find himself tied for fourth place with seven points. This is all well and good, but there are more and more people lining up just off the board. I believe that soon that we will see some of the four people with six points, or the five people with five points up on the leaderboard soon.

With that said, here is the leaderboard after Week 9 (in the case of a tie, the names are arranged alphabetically):

Again, I just wanted to give one last big shoutout to Staffords_Glove for his correct final score prediction! That is now the sixth this season in only nine weeks! And this makes it three weeks in-a-row with a correct final score! Amazing! I sure hope that we can get more throughout the year, and I want to see if we can keep the streak going.