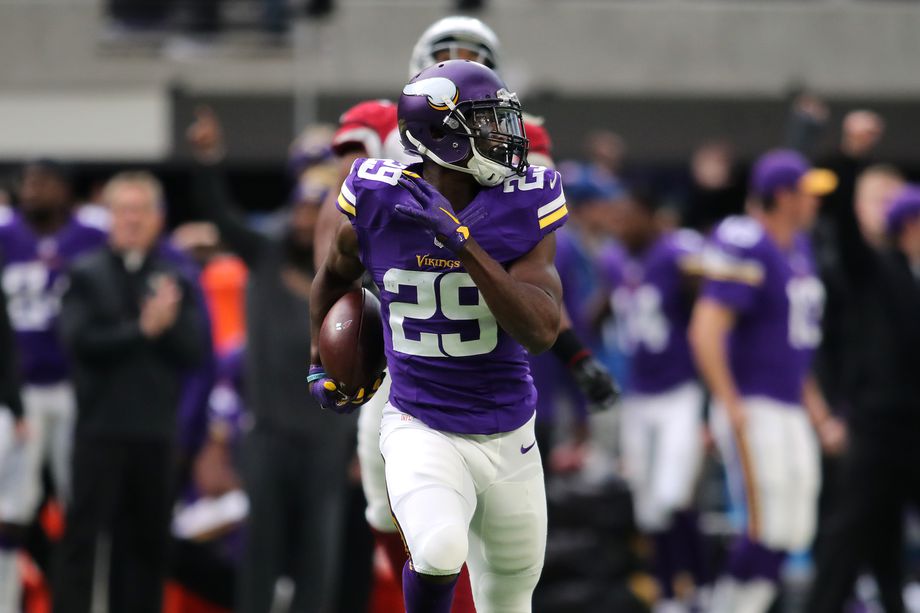 There are many NFC North players entering contract years in 2017. Some of them will play out the contract but some will be extended this summer. Let’s take a look at the potential extension candidates and how their deals might look.

We already discussed the great Matthew Stafford extension he should receive this offseason (25 million per year or more). There are some other Lions that Bob Quinn might want to extend before their contracts expire. Quinn signed Darius Slay, Theo Riddick and Sam Martin to extensions last summer. Let’s see who Quinn may extend this summer.

Ziggy Ansah
Ansah is vital to the Lions pass rush but was hurt most of the year or played hurt in 2016 (ankle). Ansah is a big time playmaker and had 14.5 sacks in 2015 with consistent pass rush. He has been a good defensive end since his rookie season in 2013. Ansah is 28 this season playing on the fifth year option (12.7 million for 2017). Ansah will be 29 and the dreaded 30 years old for the extension which should factor into the deal. Ansah’s injury from 2016 will factor in too but he is still a premier pass rusher. The top defensive ends make 17 million per year (Wilkerson and Vernon). Jason Pierre Paul who is also 28 years old just signed a 15.5 million per year extension this offseason despite a gruesome hand injury. Ansah is also a great candidate for the franchise tag for 2018 (15 million) once Stafford is extended. I could see Detroit using the one year approach with Ansah too given his 2016 injury and age.

Glover Quin
Quin is 31 but still a ball hawk deep free safety for the Lions. He is a team leader and is still a good player. Quin said he wants to finish his career and Detroit and safeties can be good well into their mid-30s. A two year 6-7 million per year deal could be on the table for Detroit and Quin. Quinn needs to sign Quin.

Matt Prater
Prater is a great kicker and made the pro-bowl. He has a huge leg, is incredibly clutch and is only 32 years old. Prater should be made one of the top kickers in the game on a four year deal. Gostkowski is the top kicker making 4.2 million per year. A four year 16 million dollar deal should be in play for Prater.

Travis Swanson
Swanson is coming off a concussion so that makes it risky. However, the concussion and early signing should lower his contract a little. The top centers get 7-9 million per year. Swanson could earn a 5-6 million per year deal with some playing time incentives. Detroit does have Graham Glasgow to play at center if they want to let Swanson walk after this year.
Other Expiring Contracts for Detroit

Haloti Ngata is 33 years old. He has one good year left in him but shouldn’t be extended. Nevin Lawson is a solid number 2 CB but has to prove it one more time this year. Teez Tabor will be battling Lawson for the number 2 spot and Tabor is the future there.

Tahir Whitehead will move back outside where he is more effective after the Lions drafted Jarrad Davis in Round 1. Whitehead has a lot to prove after a down year in 2016. Tavon Wilson was solid at strong safety in 2016 for Detroit and will battle Miles Killebrew for the starting job. Killebrew is the future but Wilson may be worth a decent two or three year deal. Wilson can play special teams. Johnson Bademosi has been a special teams ace and decent backup CB. Bademosi is worth re-signing at the right price (2 million per season).

Davante Adams
Adams had a decent rookie year and good third year in 2016 but Adams struggled in 2015. Thompson likes to extend guys early but has let weapons walk (Jennings). Cobb has been regressing and Adams is needed more in the Packers offense. Davante should at least get 8 million average per season. Emmanuel Sanders is the Broncos number 2 and earned 11 million per season. Cobb makes 10 million per season and Jordy is on a great deal at only 9.7 million per season for a number 1 WR. The Packers should extend Adams without the fifth year option for him. A franchise tag is possible but not probable in 2018.

Ha Ha Clinton Dix
Dix was given a fifth year option for 2018. However, the Packers might want to lock him up long term since Dix is a good free safety. Top safeties make 12 million per season and Eric Berry just earned a 13 million per season deal. Dix will be getting a big contract so we will see if Thompson waits since the fifth year option is only a little more than 5 million for 2018 cap hit.

Morgan Burnett
Burnett is also a free agent in 2018. Burnett is 28 and should still get a decent deal. The strong safety should be in the 6-8 million per year range. The Packers drafted Josh Jones in Round 2 so Burnett might not be signed at that price. The 2010 3rd round pick for the Packers could be in his final year with the team.

Corey Linsley
Linsley was good in 2014 and 2016 but was average in 2015. Linsley missed the first 6 games in 2016 with an injury but should be healthy going forward. JC Tretter and TJ Lang walked in free agency and Josh Sitton was cut prior to the 2016 sesason. Thompson does not value interior offensive linemen anymore. The top centers make 9 million per season so 7-8 million per year could be on the table for a young improving Linsley. Thompson might balk at that price and let Linsley walk in free agency.

Lane Taylor
Taylor is on a cheap deal and is 27 years old. Thompson doesn’t value guards and Taylor was only average in 2016 in his first year as a starter. Taylor still has a lot to prove in 2017. Jahri Evans was only signed to a one year deal so Thompson may want to lock up at least one guard or center for the future besides the rookie 6th round pick Kofi Amichia. Taylor is the cheaper option compared to Linsley. If Taylor has a good year, he will be more costly to re-sign in 2018.

Akiem Hicks
Hicks had a good year for Chicago in 2016. Hick earns 5 million per season now and could earn a pay bump to 6-7 per if the Bears want to keep him beyond 2017.

Kyle Fuller
Fuller is a free agent after 2017 and Chicago didn’t pick up his fifth year option. Fuller missed all of 2016 with injury and will probably have to prove he can be a good top corner before they give him a big cornerback pay day. If Fuller takes a cheaper deal, I could see a two year prove it deal for him.

Zach Miller
Miller is a solid tight end but oft-injured. The Bears added a second round small school tight end (Sheehan) and gave Dion Sims six million per season so I don’t see them extending Miller unless he takes a big discount.

Other Contracts
Mitch Unrein is a solid backup and Cameron Meredith (WR) had a nice year in 2016. Meredith will be a restricted free agency which makes him easier to retain for 2018. Amukamara was signed to a one year deal only and will hit the market again in 2018. This will be Amukamara’s last chance to prove he can be a starting corner though he was solid some years for the Giants before failing with Jacksonville in 2016.

Sam Bradford
Bradford will have to prove a lot as the Vikings starting QB. I would be shocked if they extended him before his deal expired. He had a 99 QB rating in 2016 but was a dink and dunk QB. The Vikings did have run game and protection issues so the Vikings probably want to see how he plays in 2017 before giving him big time QB money (18 per and up).

Teddy Bridgewater
Bridgewater was not given the fifth year option for 2018 due to his injury. His fourth year of contract could carry over if the Vikings wanted for 2018 if he goes on PUP this season (only 6 games). However, if he is healthy, his contract will expire and the Vikings will have to choose a QB for the future. How much would Bridgewater get with Mike Glennon getting big money this offseason? Will Bridgewater play in 2017 is the question?

Shariff Floyd
Floyd had a major injury in 2016 and may not play ever again. Floyd sounds hopeful he can though with recent comments. His contract will expire after 2017 and he was a talented 3-tech defensive tackle. It will be tricky to sign him and risky but the injury should lower his price tag. A one year extension could be in the cards so he has a chance to prove his health again.

Tom Johnson (DT)
Johnson is a productive backup DT for the Vikings. He could earn starter money and get 5-6 million per season at least. Johnson is worth more now due to the Floyd injury for Minnesota.

Other Expiring Contracts
Terrence Newman is 38 and keeps producing on one year deals at cornerback. Datone Jones only got a one year deal but must prove his worth as the 4th DE in a new system. Marcus Sherels is the Vikings punt returner and backup corner.
There are plenty of free agents next year without a lot to prove in 2017. There will be some early extensions to help ease roster turnover for 2018.