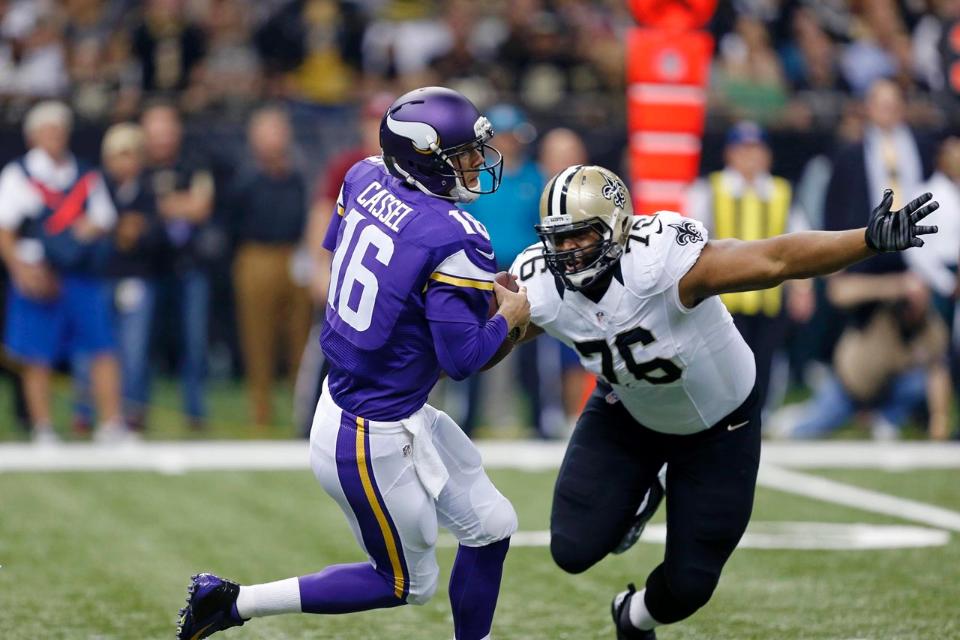 What I Liked: Poise

After the Saints dropped 13 easy points on Minnesota riding their home field advantage, the Vikings showed poise, tightened up, and held the Saints to 7 points the rest of the way. Teddy Bridgewater came in for an injured Matt Cassel, and took timely shots down field and didn’t turn the ball over, even though he was facing a lot of pressure and aggressive blitzes from Rob Ryan.

What I Hated: Run Game

What Concerns Me Moving Forward

Offensive red zone production, the Vikings had the football 3 times in the red zone on Sunday and went 0-3. The concerning part? They seemed to lack execution in the red zone that they had the rest of the way, if you want to win on the road or really anywhere in this league you have to score TD’s.

What Encourages Me Moving Forward

Matt Cassel was through 3 games averaging 5.2 ypa, and was 1-9 on passes over 10 yards for for 17% completion and 4 interceptions. Teddy Bridgewater stepped in for him and was 4/5 for 105 yards of passes over 10 yards on Sunday meaning the offense could get a huge boost in the passing game. Bridgewater also averaged 7.5 yards per attempt on Sunday. This ability to stretch the field could also help the run game get off the ground.

The Vikings host the Atlanta Falcons at TCF Bank Stadium at 4:25 eastern, The Falcons are coming off a dominating performance against the Buccaneers on Thursday night and get a nice long rest before making the trip to Minnesota.