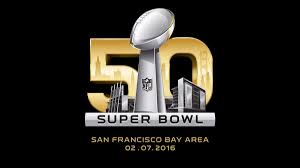 Super Bowl 50 will be a great matchup between two great defenses, an old legend in Peyton Manning and rising star QB in Cam Newton. The game will be played in Santa Clara, CA at Levi Stadium (new home of the 49ers).

Denver beat Pittsburgh missing several key players in the divisional round (23-16) and hung on to beat the Patriots by 2 points in the AFC Championship game (20-18). The Patriots didn’t convert the late 2 point conversion and an early missed PAT by Stephen Gostowski helped the Broncos avoid overtime after a great TD catch by Rob Gronkowski. Denver’s defense played great with constant pressure to hold back Tom Brady and the Patriots offense. Peyton Manning did just enough with 2 TD passes and 0 interceptions in the game.

Carolina (17-1) held on to beat Seattle 31-24 after a 31-0 lead in the divisional round and destroyed the Cardinals (49-15) in the NFC Championship game. Carolina looks unstoppable (sans one half of play and Falcons game) but will have their toughest challenge with the Broncos defense.

This game could be Peyton’s Manning last game and could be his second Super Bowl win (or loss). Demarcus Ware and Wade Phillips also are playing for their first rings.

The Broncos have the 4th ranked PPG defense allowing 18.5 PPG and have played well against the Steelers and the Patriots in the playoffs (17 PPG average). The Broncos defense has 52 sacks led by Von Miller and DeMarcus Ware. The Broncos secondary with Aqib Talib, Chris Harris, Darrian Stewart and TJ Ward is very tough to pass against. Ward and Stewart are battling injuries which could help the Panthers.

The Broncos offense is below average (22.2 PPG was 19th) with an old Peyton Manning. Manning tallied 59.8% completion, 6.8 YPA and 9 TDS with 17 interceptions (second in league despite missing 5 games). Manning was awful but the Broncos won with defense and timely plays. Manning made enough big plays against the Steelers and Patriots and avoided costly turnovers.

Manning must rely on his run game. Ronnie Hillman has 4.2 YPC and CJ Anderson notched 4.7 YPC. They must have success to protect Manning. Carolina is strong in run defense. If Hillman and Anderson run well, the Broncos have a good shot to score 20-24 points in order to win with great defense.

The Super Bowl will be another great defensive matchup. Carolina is 6th in the league allowing 19.3 PPG. The Panthers have a strong PPG defense and forced an incredible 39 turnovers and forced an amazing 7 turnovers against the Cardinals in the Championship game.

Carolina is strong against the run allowing only 3.9 YPC (7th). Carolina allows a 73 QB rating which is best in the league. There are so many good defensive players on both teams.

Carolina’s secondary is led by Josh Norman. Carolina has 44 sacks on the season led by DT Kawan Short (11 sacks). Carolina is best in the league allowing only 73.5 QB rating. It could be a long day for Denver if they can’t get open. Carolina has injuries to Charles Tillman and Bene Benikwere at cornerback which helps Denver. Carolina still has Norman, Kurt Coleman (7 ints) and strong LB coverage (Kuechly and Davis). Davis should play despite breaking his arm and having surgery.

The Panthers are first in PPG scoring 31.3 per contest on the season. Cam Newton is having an MVP year with 35 TDs and 10 interceptions for a 99.4 rating. Newton is producing without a number one WR (Kelvin Benjamin). However, having Greg Olsen helps Newton big time.

Greg Olsen has 1,104 yards and 7 TDs. Carolina has decent number 2-4 WRS in Ted Ginn, Devin Funchess and Jericho Cotchery. Ted Ginn isn’t efficient but his 739 yards, 16.8 YPC and 10 TDs is enough big plays for the Panthers stingy defense. Funchess is a rookie with 473 yards and 5 TDs. Cotchery added 485 yard and 3 TDs. Corey Brown has 447 yards and 4 TDs. Newton spreads the ball around and has a running game with Jonathan Stewart (4.1 YPC). Newton can also run with 636 yards and 4.8 YPC notching 10 rushing TDs. Newton really is a special two way player. Newton and the Panthers have scored 31 and 49 points in the playoffs. If anyone can crack Denver’s defense, it will be the number 1 offense in the league in Carolina.

Get Ready for Some Offseason

This will be the first matchup between the two teams this year. They are both the number 1 seeds. This is just a great matchup with great football. I’ve doubted Carolina all season but they really do have a great team. Carolina will cement that status if they can beat Denver and win their first Super Bowl as a franchise. We’ll see if Peyton Manning has one last good game in him to win his second Super Bowl.

It saddens me that this is the last real football game until September. However, it should be a great game. Enjoy the game, the commercials, probably not Cold Play and the Puppy Bowl.

Here is one last LKP prediction for the 2015 season.