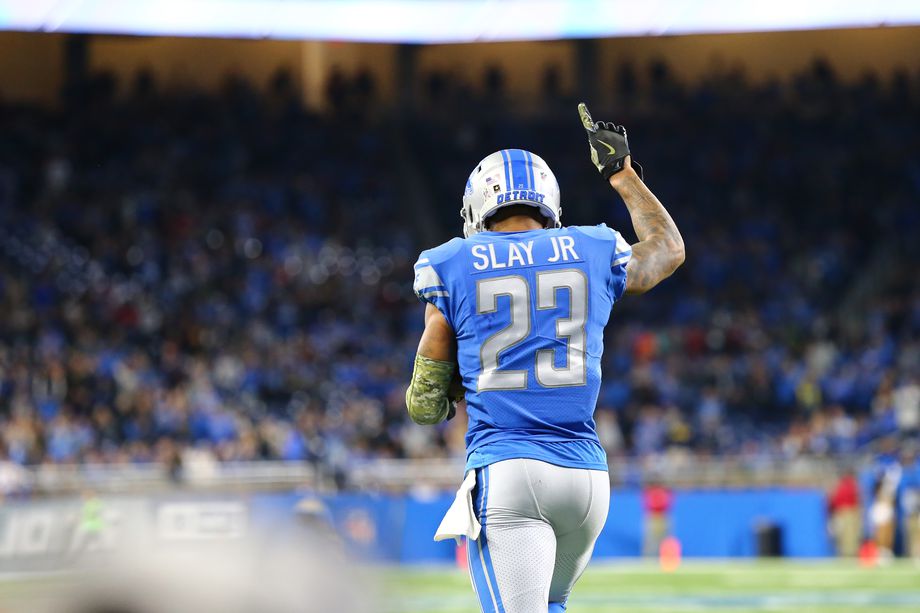 Week 10 is in the books and three of the four North teams were victorious. Let’s take a look at the sweet victory action.

The Packers (5-4) got a win without Aaron Rodgers on the road at Soldier Field. The Bears (3-6) are just bad. Hundley earned a 110 rating and the Packers ran well at 4.3 YPC despite Jamaal Williams (3.3 YPC) struggling in injury relief for Montgomery (ribs) and Aaron Jones (knee). Davante Adams showed up with 90 yards and a TD and John Fox challenged himself out of a scoring opportunity.

The Bears got the ball and punted after one first down. Green Bay looked good on the first drive. Hundley found Cobb for 38 yards to move to mid field. Montgomery nabbed a first down catch but the drive stalled at the Bears 22. Crosby nailed the 40 yard field goal.

Mitch Trubisky and the Bears answered with a field goal drive as well. Rookie 2nd round pick Adam Shaheen caught a 31 yard pass on the drive and fellow rookie Tarik Cohen converted a big first down on a catch. A holding killed the drive and Connor Barth nailed the 45 yarder.

The teams traded punts and the Packers had the ball again. Jordy Nelson drew a DPI against Prince Amukamara and Nelson caught another 14 yarder. Montgomery had a big run of 37 yards for the score and 10-3 lead in the second quarter.

The Bears moved the ball in response and it seemed like Bennie Cuningham would get close to scoring. Fox thought it was a TD after the officials rule him out at the 2. However, in hilarious fashion, Fox challenged but the referees were able to spot Cunningham fumbling before he went out of bounds and the play went for a lost fumble and touchback. Packers ball.

Green Bay punted after getting the fumble but the Bears went three and out to counter. Green Bay followed with a three and out. Trubisky ran the 2-minute drill well though and Chicago nabbed another field goal before half to trail 10-6.

Green Bay opened the half with the ball and drove 40 yards for another Crosby field goal for the 13-6 lead. Hundley converted two 3rd down passes for first downs on the drive. Hundley is finally showing signs of life for Green Bay.

Chicago went 3 and out but the Packers followed with a punt in this defensive game. Green Bay was winning the field position battle and drove only 26 yards for another field goal and the 16-6 lead.

The Bears responded in a big way with a quick 70 yard TD drive to get back in the game. A defensive holding on Kenny Clark gave the Bears a first down. Trubisky hit a deep ball beating Davon House to Joshua Bellamy for the big score. The Bears were within 3 again.

Green Bay and Hundley weren’t done scoring. Williams ran for a first down and Hundley scrambled for a big 17 yard first down on 3rd down. Finally, Hundley found Davante Adams for the 19-yard score and the 10 point lead again. Chicago would follow with a field goal drive to get back within one score at 23-16.

Green Bay looked to put the game away and drove 58 yards quickly. However, Crosby finally missed on the day and gave Chicago one more chance.

The Bears got one first down on their final drive but then turned the ball over on downs with good Dom Capers defense for a change. Green Bay held on for the victory on the road at Soldier Field. Shameful shit losing to a Rodgers-less Packers.

Detroit (5-4) started slow but earned a home victory against the lowly Browns (0-9). Stafford recovered from an early interception to toss 3 TDS with a 118.9 QB rating on the day. The Browns ran for 201 yards to keep them in the game but the Lions held strong for the two TD win with timely turnovers.

Detroit went backwards on the first drive for a three and out punt. Kizer hit Sammie Coates beating Nevin Lawson for a big gainer. The Lions bent but didn’t break and held for the field goal and the Browns 3-0 lead.

Stafford misfired on 3rd down on the second drive and threw a pick to Jamie Collins. Cleveland moved quickly on the short field and Kizer hit Kenny Britt beating Nevin Lawson badly for the score. The Browns were up 10-0 very early somehow.

The Lions woke up and drove 47 yards for a field goal. Abdullah run of 20 yards and Riddick run of 21 yards sparked the Lions on this drive. Prater nailed the 46 yarder after the drive stalled.

The Browns had a 12 play drive but only went 29 yards with many penalties. The Browns punted but pinned the Lions to their own 10-yard line.

This didn’t stop Detroit as they drove 90 yards in 8 plays. Abdullah ran for 19 yards and Riddick nabbed a first down catch. Stafford found his good to guy in Tate for 35 yards. Stafford made a big scramble for a first on 3rd and 8. Finally, Abdullah punched it in from 8 yards out to tie the game at 10.

The Browns drove well with 4 minutes to play in the first half. They marched down the field methodically on Detroit but made a typical Browns like play. With 15 seconds to play and no time outs, Kizer or Hue Jackson called a QB sneak from 2 yards away. The play was easily stopped and the time expired before the Browns could get another play off. Cleveland remained down 17-10 at the half.

Cleveland was pissed and got the ball to start the half. They ran the ball right down Detroit’s throat for 85 yards and Crowell punched it in from 6 yards out. Cleveland tied the game at 17.

Detroit got one first down but then punted as they started the half slow again. Cleveland was still read hot and moved the ball well again for a 10 play 80 yard drive. Kizer 20 yard scramble, Crowell run for a first down and a 35 yard completion to Seth Devalve set up the 1 yard Kizer sneak TD. Cleveland led 24-17.

This woke Detroit up and they drove 75 yards in 4 plays. Stafford hit Golladay for 14 yards and 50 yards. It was good to finally have Golladay back in the lineup. Riddick caught an 8 yard pass over the middle for the TD and Detroit tied the game at 24.

The next drive the Browns were facing a 3rd and 11 but Deshone Kizer took a hard hit to the ribs by Quandre Diggs. The backup Kessler was sacked on 3rd and long and the Browns went 3 and out.

Detroit smelled blood and drove 61 yards on the next drive. Stafford hit Tate and Dwayne Washington for big 3rd down conversions. Finally, Eric Ebron made a great play and caught a 29 yard bomb from Stafford for the 31-24 Lions lead.

Cleveland still had Kessler and went 3 and out. Wilson sacked Kessler for an 11 yard loss to start the drive. The Browns punted and the Lions had the ball back and the lead.

Detroit did nothing on the next drive and Stafford was sacked on 3rd down for the 3 and out. The Browns defense gave them a chance.

The Lions defense was playing well too and sacked Kessler on 3rd and 5. Cornelius Washington had two big sacks on the day for Detroit.

Detroit got good field position after a nice 29 yard Jamaal Agnew return. A huge offside gave Detroit a 3rd and 6. Stafford audibled and found Tate down the seam for the 40 yard TD. Detroit broke Cleveland and led 38-24.

Kizer came back into the game to try and mount a comeback. He moved the ball all the way to the Lions 4 yard line. However, on first and goal Kizer threw a fade and Darius Slay made a great play for the game sealing interception. Big Play Slay won the turnover battle and game for the Lions.

Detroit finally got a home win which hadn’t happened since Week 1. The Lions travel to Chicago to face the Bears next week.

The Vikings won a shoot out on the road due to 4 TDs from Case Keenum. Keenum had a 117 rating and the Vikings had 102 yards rushing but at 3.3 YPC. Adam Thielen had a monster day with 166 yards with a touchdown and Diggs added 78 and a TD.

The Vikings were strong in the first half and built a 28-17 lead. They scored a TD on four of their five first half drives. Keenum was carving up the Redskins which didn’t have an answer.

Washington scored 17 with Cousins but didn’t run the ball well at all with 3.0 YPC. Cousins tossed a TD and rushed for two TDs.

Minnesota started the second half with another TD drive for 72 yards. Washington responded with a field goal but trailed 35-20.

Minnesota responded with a great 13 play 40 yard drive that ate 7 minutes off the clock. Minnesota nailed the field goal and went up by two scores at 38-27.

Washington drove 39 yards but turned the ball over on downs again. The Vikings went 3 and out finally though and Washington had one more chance.

Cousins drove the Redskins 41 yards but the Vikings held strong and forced the field goal. Washington was down 8 but failed on the onside kick and Minnesota was able to kneel to win the game.

Minnesota keeps their two game lead in the North and got a huge road win. The Vikings host the Rams next week in a battle between two 7-2 teams.