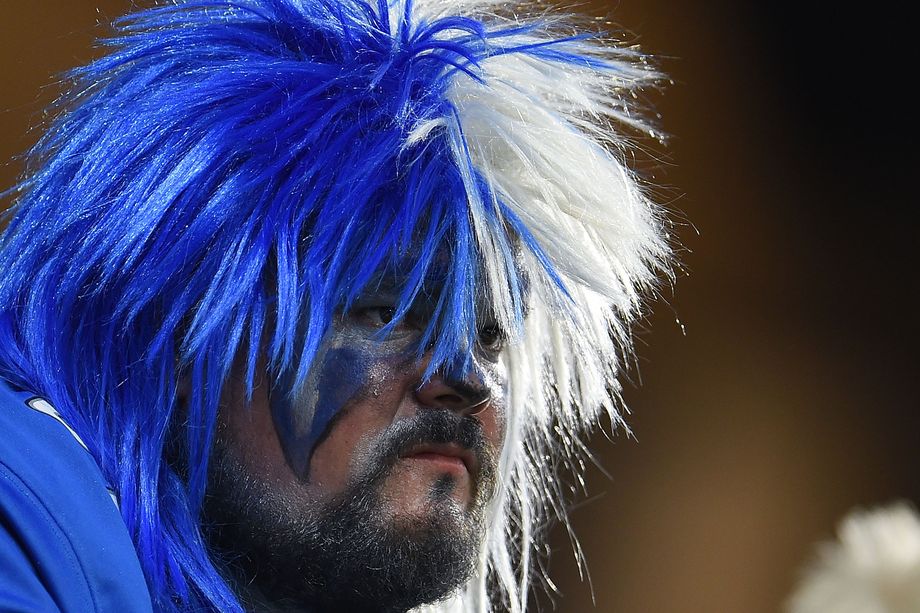 The Detroit Lions (1-1) fell in a heartbreaker in their home opener to the Tennessee Titans 16-15. Detroit missed a great opportunity to take control of the division with 7 drops, 17 penalties, many injuries (Levy, Ansah, Abdullah, Antwione Williams) and a big blown call by the officials (Ebron OPI after a Lions TD).

The Titans moved the ball on their first drive and got into long field goal range. Ziggy Ansah was injured on the third play of the game (ankle). However, the Lions defense bent but didn’t break and Ryan Succop missed the 51 yarder for the Titans.

Detroit could not capitalize on the good field position and went 3 and out to start the game. However, the field position and good punt by Sam Martin to pin the Titans at their own 1 would help Detroit. Devin Taylor beat rookie Jack Conklin and tackled DeMarco Murray for a safety. Detroit led 2-0 and received the ball again.

Detroit started at their own 21 after a holding penalty on the safety punt. Detroit’s offense had their best drive of the game marching 79 yards for a 9-0 lead in 8 plays. A 30 yarder to Marvin Jones, a 12 yard first down to Boldin and a 24 yard strike to Boldin for the touchdown highlighted the drive. Detroit was in control of the game early.

The Titans responded with a 14 play field goal drive to the Lions 28 yard line. Succop converted this field goal to cut the score to 9-3. Detroit countered with 9 play 34 yard drive to the Titans 39 yard line. Caldwell elected to punt on 4th down instead of kicking a long field. The Titans had poor field position but a 66 yard by DeMarco Murray run to start the drive changed the field position quickly in the Titans favor.

The Titans still punted and put the balls on the Lions own one yard line. Detroit drove the full length of the field on another beautiful long drive and got all the way to the Titans one yard line. Detroit seemingly scored a touchdown to Eric Ebron but Ebron was called on the phantom OPI. Detroit followed that penalty with two more penalties (despite a strike to Boldin for another TD that was nullified by a Laken Tomlinson hold). Detroit had to settle for a field goal. This would be costly in the end to Detroit. The Lions led 12-3 at the half after another Titans 3 and out and a sack of Stafford to void any last second Lions field goal.

The Lions started with the ball but punted after only one first down to open the third quarter. The Titans moved the ball into Lion territory but then Glover Quin had a beautiful side line interception of Mariota baiting him on the deep throw.

The Lions got the ball back at their own 28 and marched down the field (including a Dwayne Washington 28 yard run) but the drive stalled inside the Titans 10 yard line in the red zone. Stafford missed to Riddick and to Ebron (and his head bounced off the turf). Detroit settled for a second field goal and a seemingly comfortable 15-3 lead.

The Titans responded quickly with a 5 play 75 yard TD drive. Delanie Walker continued the tight end coverage problems for Detroit as Walker hauled in a 30 yard TD pass beating Nevin Lawson and Rafael Bush. The Titans were back in the game at 15-10.

Detroit’s offense went completely out of synch in the 4th Quarter. Detroit got one first down but then punted after five plays. The Lions defense held strong in four plays and forced a Titans punt up 5 points still. Detroit though went 3 and out for the second time on the day at the games most crucial point. The Titans started at their own 17 but had a long field to drive.

Mariota and the Titans run game engineered a 13 play 83 yard drive. All of Detroit’s good defensive play all day went for naught. Mariota converted a 4th and 3 in the red zone to a miracle threaded needle throw to Andre Johnson beating a LB and safety. Ninety nine percent of the time this ball is incomplete. Andre Johnson earned his contract with that one 9 yard catch. The Titans led 16-15 after a failed two point conversion.

Detroit had one more shot and despite a sack fumble allowed early in the drive (whistled dead), Detroit had life. Stafford hit Ebron who made a terrific one handed catch in stride (to a ball behind him) and converted a huge first down to Detroit’s 45 yard line. However, Stafford finally threw an interception on 3rd and 10 after so much success limiting turnovers under Cooter ball. Perrish Cox (who had a terrible game) peeled off his man’s route into the throwing lane and picked off Stafford to end the game. The Titans pulled off a miracle upset over Detroit.

Detroit is really banged up at LB (Levy, Bynes, Bostic and Williams) and lost two key players in Ansah and Abdullah. These players better get healthy quickly with a trip to Lambeau scheduled for Week 3.

Detroit is still 1-1 and it is a long season. Detroit must rebound on the road at Lambeau against Green Bay in Week 3. Detroit won the game last year against Green Bay and clearly has the talent to win there again. Green Bay’s offense looked stagnant against Minnesota but Detroit will need some healthy linebackers and Ansah to stop Green Bay. Another true win for Detroit but the true wins are starting to hurt.