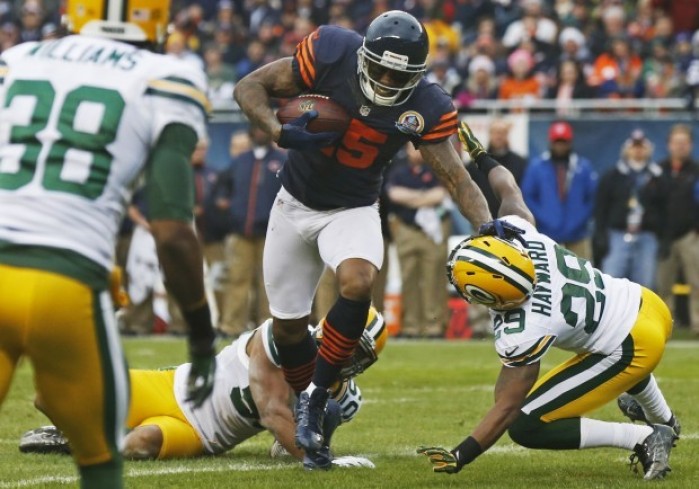 So far this off-season new general manager Ryan Pace and head coach John Fox have not publicly given Bears wide receiver Brandon Marshall much of a vote of confidence. Playing those cards close to their chests appears to have been for a good reason, as several news outlets via sources Thursday reported that the Bears are actively shopping Marshall, likely looking for a mid-round pick in return.

Marshall’s $7.7 million salary this year will become guaranteed this upcoming Thursday, so time is of the essence in developing a trade deal for Marshall. However it’s speculated that if a deal cannot be reached for Marshall, the Bears may elect to simply release him outright.

Marshall had a tumultuous 2014 season, involving weekly travel for his Inside The NFL spot, locker room outburts, Twitter nonsense, and even publicly agreeing with some rumored sentiment that the Bears had “buyers remorse” because of the contract his teammate and friend Jay Cutler received prior to the season.

Pace and Fox could simply feel moving on from Marshall, while still a talented and productive receiver, is worth removing the distractions and headaches that Marshall provided the team last season – not simply a cap savings move.