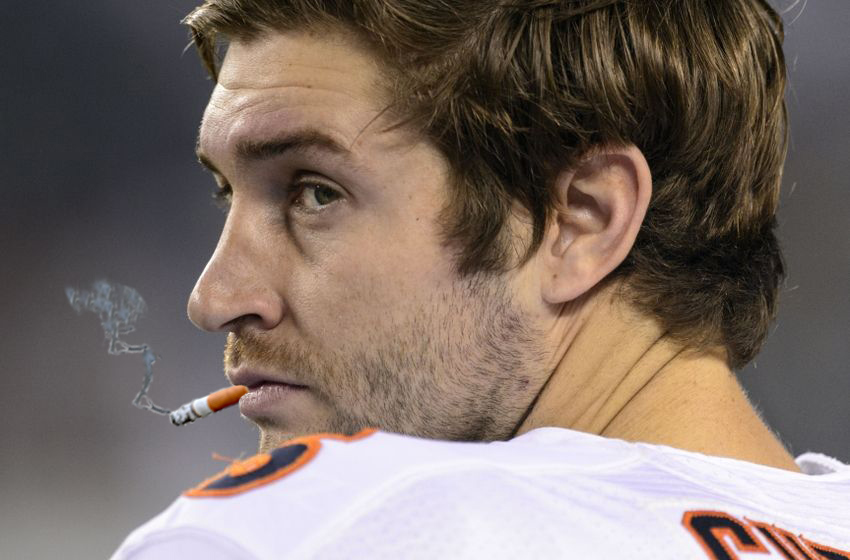 The 2016 seasons is complete other than the pesky little Super Bowl game. It’s time to reflect for the eliminated NFC North teams and look at position grades and team needs going into 2017. We’ll start with the Quarterback position.

Rodgers earned a 104.7 QB rating with 65.7% completion in 2016. Rodgers notched 7.3 YPA with 40 TDs and 7 interceptions. This would be a MVP type year if not for Matt Ryan’s incredible performance. Rodgers was red hot in the final 7 games for the Packers allowing them to run the table despite defensive issues. Rodgers was good in the wild card and divisional rounds as well, especially the Dallas game. Rodgers didn’t get much help in the championship game but had some garbage time to earn a 91.6 rating with 3 passing TDs. Brett Hundley added his second year of experience and was the primary backup.

The Packers don’t need a QB unless they want a 3rd QB on the roster.

Stafford had 100.5 QB rating through 12 games and was playing really well in the Cooter scheme. Stafford hurt his finger on his throwing hand in Week 14 and it greatly impacted the final four regular season games and wild card game (75.7 rating). Stafford finished the season with a 93.3 QB rating with 24 TDs, 10 interceptions, 65.3 % completion and 7.3 YPA in 594 attempts. Stafford had a great year before the injury despite run game, poor field position (only 6 drives starting in opponent’s territory) and drop problems (5th worst in league) by the Lions with average protection. Stafford has one year left on his deal in 2017 and should sign an extension this offseason with Detroit. This could actually lower his 22 million 2017 cap hit.

Dan Orlovsky was the Lions backup QB for third year in a row. Orlovsky is a free agent and could be brought back on another minimum deal. There are a lot of veteran backups available in free agency and Detroit should upgrade. Jake Ruddock will be in his second year next season but doesn’t appear to be ready to be the primary backup despite a decent preseason. Ruddock will remain the 3rd string QB after he was added to the roster when the Bears tried to poach him from the Lions practice squad.

The Vikings traded a 1st round and 4th round pick in 2017 for Bradford after Teddy Bridgewater was hurt in training camp. Bradford earned a 99.3 QB rating in 15 games with 20 TDs 5 interceptions and 71.6% completion. Bradford only had 7.0 YPA and 3,877 yards however in 552 attempts. This is a good job despite the Vikings protection and run game issues. Bradford should be the starter next year as he has one year left on his deal. Teddy Bridgewater also has one year remaining on his rookie deal but still has injury concerns. Shaun Hill started Week 1 for Minnesota but is a free agent this offseason. Hill had a 76.1 QB rating in his lone start. Minnesota may need to add a backup or 3rd string QB this season depending on the health of Bridgewater and could upgrade over Hill.

Cutler is probably done in Chicago with a big cap hit and no dead money. Cutler notched a 78.1 rating in only 137 attempts. The Bears had a ton of injuries and Cutler was one of them. Brian Hoyer did well as as backup with a 98 rating 6 TDS 0 interceptions and 67% completion. Hoyer is a free agent this offseason and many teams may want a good backup despite his broken leg in 2016. Matt Barkley struggled with 8 TDs and 14 interceptions. Barkley is a free agent and clearly a 3rd string at best. The Bears will need to add at least two QBS and the Cutler era should be done in Chicago.

The Bears need a new starter (assuming they cut Cutler) and the Lions, Vikings and Bears all need better/heathy backup QBs. The Bears have the 3rd pick in the draft and an early 2nd round pick to get the QB of their future. Chicago could trade for Tony Romo as well for some excitement.

Kirk Cousins may hit free agency as well but that is unlikely given his moderate success in Washington. Mitch Trubisky (Round 1), Deshaun Watson (Round 1) and Deshone Kizer (Round 2) could be options for the Bears in the draft but the 49ers and Browns pick earlier and both need QBs.