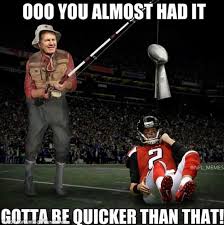 Super Bowl LII is on Sunday at 6:30 PM on NBC. I can’t believe the season is almost over. We all know the Lions are the tru-NFL champs but let’s take a look at the matchup for second place in the league as Super Bowl champion.

Tom Brady and Bill Belichick vie for their 6th championship in New England. This is their 8th Super Bowl appearance together. That’s a dynasty folks. The Philadelphia Eagles enter the Super Bowl for the third time but have never won the big game. Nick Foles has done well in the playoffs as the backup QB taking over for injured Carson Wentz but has a huge task on Sunday against a great defensive mind.

The Patriots are led by the GOAT. Brady has a 102.8 rating on the year and usually strong in the playoffs. Gronkowski is coming off a concussion but should be good to play. Gronk had 1,084 yards and 8 TDs on the season plus another big day against the Titans. Brandin Cooks has fit right in with 1,082 yards at 16.6 YPC with 7 TDs. He was worth the first round pick they traded for him.

Danny Amendola has been solid filling in for the injured Julian Edelman and Chris Hogan can make some plays. James White and Dion Lewis are dangerous receivers. The Eagles defense led by DC Jim Schwartz will have a challenge.

The Eagles only allowed 79.5 QB rating on the year. Malcom Jenkins and Rodney Mcleod may be the best safety duo in the league. Ron Darby was a good addition in a trade this pre-season and Jalen Mills stepped up in a big way as a 7th round pick from 2016. Rookie Rasul Douglas and veteran Patrick Robinson get playing time as well. OC Josh McDaniels and Tom Brady will look to challenge Mills, Douglas and Robinson in this game. Mychal Kendricks, Nigel Bradham and Dannel Ellerbe are solid cover linebackers as well but will have their hands full with Gronk and White/Lewis. Philadelphia must be strong on the press and not blow any coverage assignments for Brady to exploit.

The key will be pass protection as the Eagles have menacing pass rush. Brandon Graham, Fletcher Cox, Timmy Jernigan, rookie Derek Barnett, Chris Long and Vinny Curry bring consistent pressure. The Patriots are strong in pass protection and must give Brady the limited time he needs to pick apart the Eagles defense. This will be the key to the game.

Dion Lewis has had a good season at 5 YPC. Burkhead and Gillislee can earn some carries and get the tough yards. Philadelphia is stout in run D at 3.8 YPC and have had playoff success stopping the run. If the Patriots run game is severely bottled up, it bodes well for the Eagles pass rush to pin their ears back and attack Brady.

Nick Foles struggled in December for Wentz but has played well in both playoff games. Zach Ertz, Alshon Jeffery, deep threats Nelson Agolhor and Torrey Smith are good weapons for Foles. The Patriots defense has been strong in limiting points and improved over the season. However, they are susceptible to getting beat for yards (allowed 89.5 QB rating) and Foles will need a big game. Malcolm Butler and Stephon Gilmore with Devin McCourty and Patrick Chung at safety have the coverage skills to stop the Eagles weapons. Ertz will need to win underneath against the Patriots LBs and Duron Harmon in big nickel packages.

If Foles can keep the playoff magic going, the Eagles have a chance to keep pace with Brady.

This is the second big key of the game. Foles will need help with a solid rushing attack. LeGarrette Blount had 4.4 YPC and shows up big in playoff games. Jay Ajayi knows the Patriots well from his Miami days and has been very good for Philadelphia at 5.8 YPC. This is a lethal one two punch and the Patriots run defense must be stout. They are missing Dont’a Hightower and allow 4.7 YPC. The Eagles can run on the Patriots well which will help Foles tremendously. If the Patriots somehow limit the Eagles run game, it could be a long day for Foles.

The Patriots get decent pressure with Trey Flowers, rookie Deatrich Wise, Malcolm Brown and Kyle Van Noy. Matt Patricia is great at adjustments and it should be a great chess match between Patricia and Pederson.

Both teams have good ST coverage. Gostkowski is a better kicker than a young Jake Elliot. Barner is a solid returner for the Eagles and Lewis/Amendola are solid returners as well. Field position could be crucial for the offenses against good defenses.

The Patriots only forced 18 turnovers on the year but only gave up the ball 12 times (despite 13 fumbles only lost 4). The Eagles forced 31 turnovers but turned it over 20 times on the season. It will be a key to the game if the Eagles can continue to force 2 turnovers a game and get 2 on the Patriots. New England protects the ball well and got lucky with not losing many fumbles. The Eagles must avoid costly turnovers to make life easy for Brady.

The Eagles have the defense to limit Brady and the run defense to make the Patriots one-dimensional. The Eagles pass rush could wreck Brady’s day. Foles has played well but Belichick and Patricia are the best schemers in the business. Eagles run game must show up for Philadelphia to have a chance. This is a pretty great matchup but you have to go with experience and adjustments in big games like this. The Patriots beat the Eagles 24-21 on a last second Gostkowski field goal. Patriots win a Super Bowl in 3 of the last four seasons and the Patriots dynasty lives on for one more season.