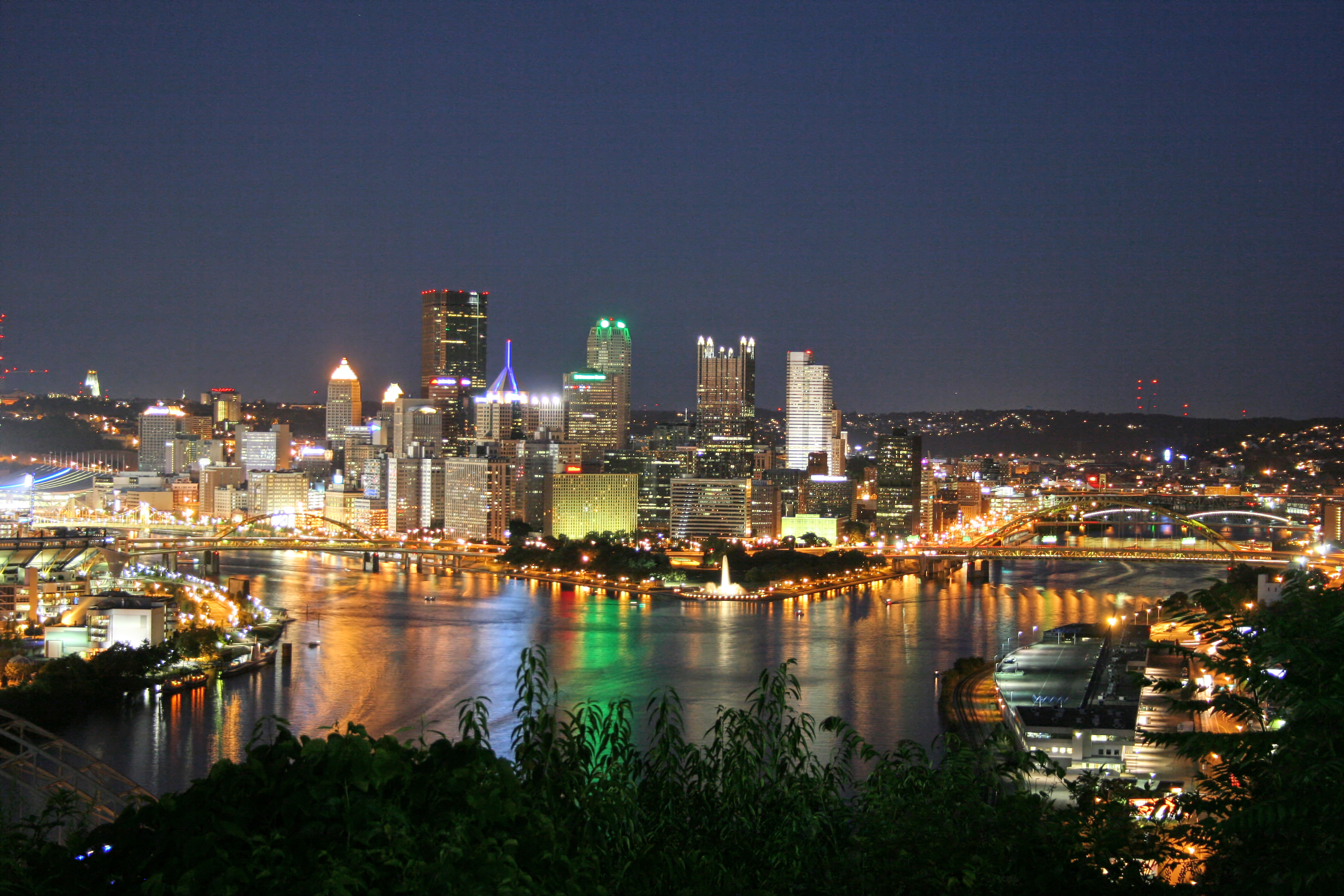 Welcome to the city of Three Rivers and the city that used t o be the capital of the steel industry. Pittsburgh is a city that has gone through a vast transformation in the past 20-30 as many of the steel mills closed up shop. It is now at the forefront of medical research. Perhaps Detroit could take a lesson from Pittsburgh when the industry that built your town leaves.

1) Sixburgh. If you run into a Steelers fan you will undoubtedly hear how they are the only franchise with six Super Bowl titles. But here is something they want to keep a secret. Until the mid 70s the franchise was a running joke. Despite basically winning for about 40 years, the cumulative win percentage is only. 527, well behind that of the Bears, Packers, Cowboys, Patriots, Dolphins, Giants and others. If you wish to learn about the Steelers’ troubled past, look up the word Steagles.

2) Driving around town. Due to the confluence downtown, the downtown area is a triangle and doesn’t follow any coherent rule of development and many first timers lose their way or wind up on a bridge they didn’t mean to take

3) There are other colors besides Black and Gold. Every one of their teams from the Steelers to the Penguins to the Pirates wear Black and Gold. Perhaps it’s an ode to Pittsburgh’s steel industry past and it’s Soot and Gold.

4) Do you want fries on that? Yes, you heard that correctly. Many sandwiches in the Burgh, come with fries on the sandwich.

5) Pittsburghese. How in the holy fuck do you get “yinz’ out of you all?

6) Blue laws. You want wine or liquor? Can’t get it at a grocery store, you gotta go to a state store. Want beer too? Gotta go somewhere else for that.

7) Bridges, they are everywhere! There are more bridges in Pittsburgh (446) than any city in the world.

8) No they don’t know your friend or relative from Philly. It’s 5 hours away, so stop asking them that.

9)  Public transportation is non-existent and hailing cabs is a near impossibility.  Call a half hour in advance if you wish to do that

10) Once everybody goes home from work, downtown is a dead zone.

Next week we head to the AFC East.  Will it be Boston, New York (AFC Edition), Miami or Buffalo?