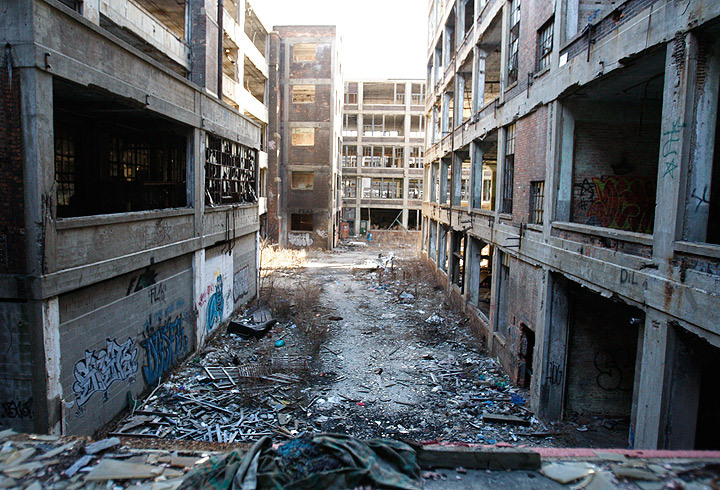 Welcome back folks. We have gone through Chicago and now we get to once again hate on the Motor City. Yep, we get to hate on them pygmy sumbitches who came into Lambeau Field and stole a game from us, because, well, that is what Detroit does best, considering nobody in that town owns anything of value in the first place. Before we all get punched by Joe Louis’ fist, let’s get on with some Detroit hate.

1) Zombie Wasteland. There was a plan in the works to make a Zombie Wasteland theme park in Detroit. The plan failed, probably because you couldn’t tell the difference from the rest of the city.

2) The People Mover. You can go from Point A back to Point A in 15 minutes. It just does a fucking circle around downtown. It’s like a giant train track that circles your Christmas tree, and it is slightly less practical

3) This ain’t Detroit man! This is the Super Bowl! That’s right in 49 (soon to be 50) seasons of Super Bowls, Detroit is one of only a couple teams who were in the league when the Super Bowl came to fruition who hasn’t played in it yet.

4) The 90s era Red Wings. Every fucking player on that team seemed to have a tie to the former USSR. God damned Commie Pinko Bastards! This is MURICA!

5) Detroit Pizza. It’s the most worthless garbage on the planet. SE Michigan is where Little Caesar’s, Domino’s and Jet’s all were founded. For fucks sake, can you cook something that is fucking edible!

6) Political corruption. Detroit is one of the most corrupt cities in the country. Former mayor Kwame Kilpatrick (who is now in prison) was so out of control that during a Mayoral Conference the Secret Service refused to work with him due to his reckless behavior

7) Detroit is the birthplace of techno. I mean, seriously, fuck yourself in the face.

8) City services. Roughly 40% of the streetlights don’t work, only 1/3 of the ambulances are driveable and 2/3 of city parks have been permanently closed since 2008.

9) Police. The average wait time to get an officer in Detroit from calling 9-1-1 to your door is 58 minutes. I could call, order and receive a pizza from a shitbox like Domino’s and do it all over again once the first pizza arrives before the cops show. And oh yeah, even if they do show up at your door, they only solve 1 in 10 crimes in the city.

10) One Party Rule.  Detroit has elected mayors from the same political party since 1961, and in general whether it’s conservatives or liberals, if one party rules an area for generations it can and will become corrupt.  Detroit is no different.  In 1960, Detroit was considered the city with the highest per capita income in the US, today, um, not so much.  At its peak, Detroit had 296,000 manufacturing jobs inside its borders, today that number is only 27,000.

Next week, we head back home to Green Bay where we take on the hated Dallas Cowboys, in what in my opinion is the Packers’ fiercest non-divisional rival.  So let’s look ahead to the whiny entitled no-good fucktards that are Cowboys fans, who seem entitled to win a Super Bowl every season, yet have only won 3 playoff games since 1996.  Eat that you worthless sack of bitchcunts!